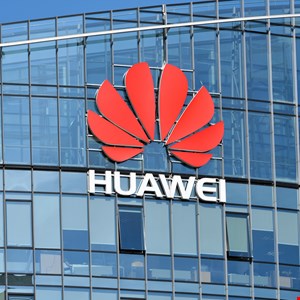 Huawei’s CFO is finally back in China after striking a plea deal with the US authorities in which she admitted playing a pivotal role in a scheme designed to defraud a global financial institution.

Meng Wanzhou, the daughter of Huawei founder Ren Zhengfei, was indicted by the US in 2019 on charges associated with the firm’s alleged breaking of US sanctions on Iran.

According to the Department of Justice (DoJ), she lied to a banking partner about the scale and nature of the firms’ business in Iran to preserve the relationship with the financial institution.

The DoJ said she also lied in claiming Huawei “operates in Iran in strict compliance with applicable laws, regulations and sanctions” and that “there has been no violation of export control regulations” by “Huawei or any third party Huawei works with.”

As a result of her false reassurances, the bank helped clear around $100m in transactions from Skycom, some of which came from its Iran dealings, in contravention of US sanctions.

“Her admissions in the statement of facts confirm that, while acting as the Chief Financial Officer for Huawei, Meng made multiple material misrepresentations to a senior executive of a financial institution regarding Huawei’s business operations in Iran in an effort to preserve Huawei’s banking relationship with the financial institution,” said acting US attorney Nicole Boeckmann.

“The truth about Huawei’s business in Iran, which Meng concealed, would have been important to the financial institution’s decision to continue its banking relationship with Huawei. Meng’s admissions confirm the crux of the government’s allegations in the prosecution of this financial fraud — that Meng and her fellow Huawei employees engaged in a concerted effort to deceive global financial institutions, the US government and the public about Huawei’s activities in Iran.”

Meng had been under house arrest in Canada awaiting extradition to the US when the deal was struck. However, the two Canadians under arrest by the Chinese authorities in an apparent tit-for-tat ploy were released shortly after, apparently countering Beijing’s claims that they had committed severe spying offenses.