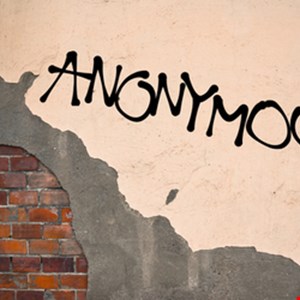 The well-known international hacking collective made the announcement on its Twitter account on Thursday, shortly after the Kremlin commenced military action. The message read: “The Anonymous collective is officially in cyber war against the Russian government. #Anonymous #Ukraine.” Shortly after, the group claimed responsibility for taking down Russian government websites, including the Kremlin and State Duma.

In a later message, the group revealed it had targeted the website of the Russian-state controlled international television network RT, tweeting that it “has taken down the website of the #Russian propaganda station RT News | http://rt.com | in response to Kremlin’s brutal invasion of #Ukraine.” RT’s website appears to be still offline.

Anonymous also signaled that it intends to ramp up cyber-attacks on the Russian state, tweeting earlier today: “We are convinced that sanctions against Putin’s criminal regime will have no effect. We call on countries that support #Ukraine to sever ties with #Russia and expel Russian ambassadors. #Anonymous will intensify cyber attacks on the Kremlin this afternoon.(Moscow Time) #OpRussia.”

The hacktivist group is renowned for targeting governments and other organizations for actions and policies they disagree with, such as cracking down on protesters. Past targets have included government agencies of the US, Israel, Spain and Uganda, as well as groups like the Klu Klux Klan and Islamic State.

Russia’s invasion of Ukraine appears to be in full swing, with Kremlin troops reportedly reaching the outskirts of the capital, Kyiv.

Cyber has already played a major role in the Russia-Ukrainian dispute over recent weeks, which has now spilled into armed conflict. Ukrainian government and critical services have been repeatedly hit with attacks believed to have been perpetrated by Russian cyber-criminals.

It has also been reported that the US and UK are considering launching offensive cyber-strikes against the Russian government and critical infrastructure to disrupt its operations.