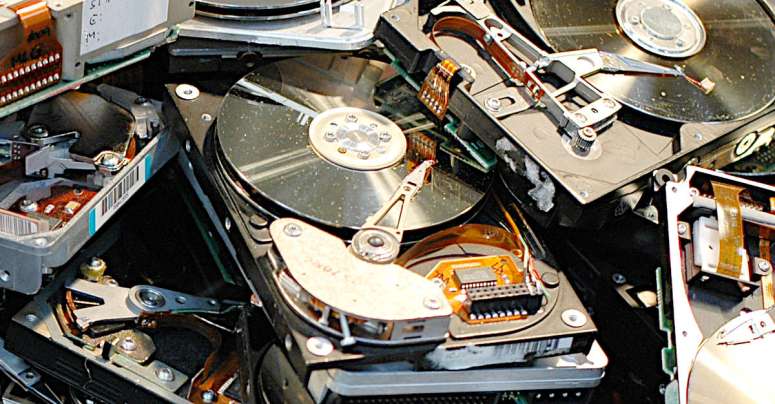 Morgan Stanley, which bills itself in its website title tag as the “global leader in financial services”, and states in the opening sentence of its main page that “clients come first”, has been fined $35,000,000 by the US Securities and Exchange Commission (SEC)…

…for selling off old hardware devices online, including thousands of disk drives, that were still loaded with personally identifiable information (PII) belonging to its clients.

Today we announced charges against Morgan Stanley Smith Barney LLC stemming from the firm’s extensive failures to protect the personal identifying information of approximately 15 million customers. MSSB has agreed to pay a $35 million penalty to settle the SEC charges.

Strictly speaking, it’s not a criminal conviction, so the penalty isn’t technically a fine, but it’s “not a fine” in much the same sort of way that car owners in England no longer get parking fines, but officially pay penalty charge notices instead.

But the company contracted someone else to do the work of wiping-and-selling-off the superannuated equipment, and then didn’t bother to keep its eye on the process to ensure that it was done properly.

The SEC’s official document on the matter, Administrative Proceeding File Number 3-21112, actually makes really useful reading for anyone in SecOps or cybersecurity.

At 11 pages, it’s not too long to read in full, and the story it tells is a fascinating one, revealing numerous twists and turns, unauthorised switches in subcontractors, lack of oversight and follow-up, and reckless shortcuts.

If you have anything to do with the secure disposal of redundant equipment, be sure to read the SEC’s final document, and make sure that your own policies and procedures take into account the failings described in the report.

Notably, ensure that you have done, are doing, and will do a better job than Morgan Stanley with:

As you will see from the SEC’s tales of woeful wilfulness (the second word is one that the SEC uses officially and formally in respect of Morgan Stanley), there’s an awful lot that can go wrong when you are getting rid of old IT kit.

Nevertheless, the main points of the story are simply told in the SEC’s summary, namely that Morgan Stanley, via a contractor:

In the first case, dating back to 2016, it seems that the contractor chosen by Morgan Stanley, perhaps realising that the company wasn’t checking up on how faithfully the wiping-and-selling-on process was being followed, decided to switch to a new (and unapproved) subcontractor who apparently skipped the “wipe it first” part, and directly put the retired devices up for sale on an on-line auction site.

Someone in Oklahoma bought a few of the old drives, presumably as hot spares for their own IT operation, and realised that they were still full of Morgan Stanley client data.

According to the SEC, the purchaser contacted Morgan Stanley and said, “[y]ou are a major financial institution and should be following some very stringent guidelines on how to deal with retiring hardware. Or at the very least getting some kind of verification of data destruction from the vendors you sell equipment to.”

Morgan Stanley ultimately bought back those drives, but that didn’t deal with any of the other disks that had been sold on elsewhere.

Indeed, the SEC notes that 14 more data-tainted disks were bought back from someone else by Morgan Stanley as recently as June 2021, still unwiped, still working fine, and still containing “at least 140,000 pieces of customer PII”.

As the SEC wryly notes, “the vast majority of the hard drives from the 2016 Data Center Decommissioning remain missing.”

We are certain that we may have encrypted something

In the second case, the retired devices were WAN (wide area network) caching servers used by branch offices to optimise internet bandwidth in order to accelerate access to common documents.

Ironically, these devices had an encrypt-any-stored-data-packets option that would have simplified decommissioning greatly.

After all, if you can show that you turned the encryption option on, and that you wiped all known copies of the decryption key, then data protection regulators in many countries will treat the encrypted data as wiped, too.

…and the encryption only applied to new data subsequently written to the device, not to anything that was there before.

So all that Morgan Stanley can “prove”, for the 42 devices that are still out there somewhere, is that each device almost certainly contains at least some client PII that definitely isn’t encrypted.

We can’t resist ending with the rhyme we often use to warn people about the risks of oversharing on social media, because it applies equally well to data stored by the biggest IT department.

WATCH THE SPARKS FLY – A DISK SHREDDER IN ACTION

(Watch directly on YouTube if the video won’t play here.)