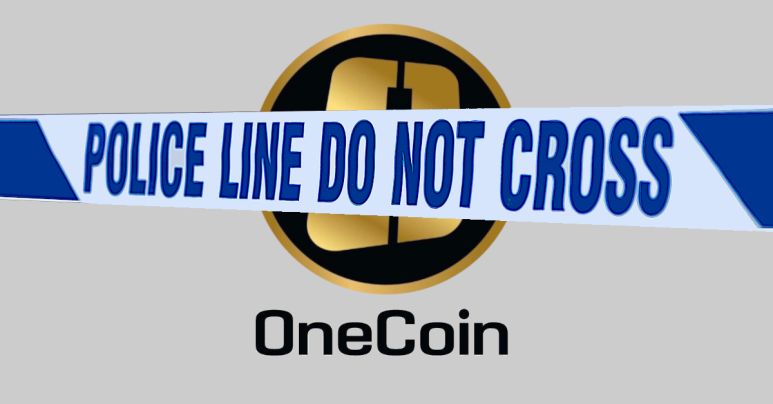 The “Missing Cryptoqueen” saga has made long-term headlines since co-founders Ruja Ignatova and Karl Sebastian Greenwood started a cryptocurrency scam known as OneCoin, way back in 2014.

Ignatova, who hails from Bulgaria, and who apparently liked to be known as The Cryptoqueen (her charge sheet even shows that name as an alias), has been wanted in the US on various wire fraud, money laundering and securities fraud charges since October 2017.

According to the US Department of Justice (DOJ), about two weeks after charges were filed against her in the US, Ignatova flew from Sofia in Bulgaria to Athens in Greece…

…and hasn’t been heard of since, thus her updated nickname of Missing Cryptoqueen.

In mid-2022, Ignotova was considered criminally significant enough – her scam is said to have pulled in more than $4 billion in “investments” from more than 3,000,000 people around the world – that she was added to the FBI’s Ten Most Wanted Fugitives list, with a $100,000 reward for her capture:

Greenwood, however, went to live in Thailand, where he was arrested by the Royal Thai Police on the tropical island of Koh Samui in June 2018, extradited to the US, and remanded in custody.

He’s been incarcerated ever since, and he looks set to stay locked up for many years to come, having just pleaded guilty to three criminal charges, including wire fraud and money laundering.

Many countries have regulatory restrictions on pyramid selling systems, not least because they look a lot better on paper than they often turn out in real life.

If nothing else, their business model is hard to sustain, given that each new recruit has to bring in N new recruits of their own, and so on, and so on, like a culture in biology class that expands to fill a petri dish at alarming speed, only to consume all its resources and die out just as dramatically.

For everyone to succeed, these schemes typically need to grow exponentially, like the culture in that petri dish: if the first person needs to bring in ten more people, and those ten need to find ten more, and so on, then the “pyramid” needs 1 + 10 + 100 + 1000 = 1111 participants after just three “generations”.

As exciting and as lucrative as that sounds, after a further three generations, you need 1,111,111 people on board to continue the revenue model that was sold to you, which is about 15% of the population of New York or London.

Three generations after that, you’d require about 15% of the world’s population to have bought into the scheme you’re already committed to…

…and even if you really could get that far, you’d quite literally run out of people in the very next generation, even if you signed up every new infant within seconds of birth.

A pyramid with no product

But OneCoin took the pyramid selling process one step further, turning it into what’s known in the jargon as a Ponzi scheme, after an early perpetrator of this type of scam called Charles Ponzi.

OneCoin didn’t generate huge profits for its founders by creating a pyramid of “investment partners” who ended up committed to selling the company’s products into a market that was ever more crowded with competing sellers.

OneCoin made its billions by not actually having a product at all.

The OneCoin cryptocurrency token that the company “sold” didn’t actually exist, had no so-called blockchain or ledger to prove its existence and activity, and couldn’t actually be traded at all.

As the DOJ’s report explains:

OneCoin falsely claimed that the value of OneCoin was based on market supply and demand, when in fact, the value of the cryptocurrency was simply set by OneCoin itself.

[Ignatova stated in emails to Greenwood that:] “We can manipulate the exchange by simulating some volatility and intraday pricing,” [… and:] “Goal 6: Trading coin, stable exchange, always close on a high price end of day open day with high price, build confidence – better manipulation so they are happy.”

As the DOJ explains, the purported value of a OneCoin grew steadily from €0.50 to approximately €29.95 per coin, and the purported price of OneCoins never decreased in value, and yet the DOJ states that “OneCoins were entirely worthless.”

Ignatova […] wrote to Greenwood, “We are not mining actually – but telling people shit,” to which Greenwood responded, “Can any member (trying to be clever) find out that we actually are not investing in machines to mine but it is merely a piece of software doing this for us?”

The scammers went out of their way to attract investors, with the charismatic Ignatova, in her “Cryptoqueen” persona, wowing the crowd and drawing in victims on the back of the exciting stories people had heard about cryptocurrency in general, and Bitcoin in particular:

Greenwood and Ignatova promoted OneCoin, including at official OneCoin events all over the globe. One such event, called “Coin Rush,” was held at Wembley Arena in London on June 11, 2016. Thousands of OneCoin members attended Coin Rush. During the event, Greenwood introduced Ignatova to the crowd, stating in part: “This is the creator, the mastermind, the founder of cryptocurrency, of OneCoin … Now, this will be the biggest welcoming on stage that we’ve ever done in history.” Then, to the tune of Alicia Keys’s “Girl on Fire,” and surrounded by actual onstage fireworks, Ignatova strode onto the Wembley Arena stage wearing a red ball gown. She proceeded to repeatedly and favorably compare her fraudulent cryptocurrency to Bitcoin, stating, among other things, “OneCoin … is supposed to be the Bitcoin killer” and “In two years, nobody will speak about Bitcoin any more.”

The power-plays and the stage drama seem to have done the trick, given that Greenwood is said by the DOJ to earned approximately €20 million a month in his role as the top MLM “distributor” of OneCoin.

If Greenwood were to get the maximum penalty for each of the crimes to which he’s pleaded guilty, he’d end up with 20 years for each; if served consecutively, he’d therefore get a 60-year custodial sentence.

As for the more than 3,000,000 people who parted with their money in good, if misguided faith…

…whether any of them will get their money back in the next 60 years is unknown, but sadly seems unlikely.

Remember: If in doubt/Don’t give it out, and that definitely includes your money.

By the way, the DOJ asks:

If you have any information about Ruja Ignatova’s whereabouts, please contact your local FBI office or the nearest American Embassy or Consulate. Tips can be reported anonymously and can also be reported online at tips.fbi.gov.

Take care out there!