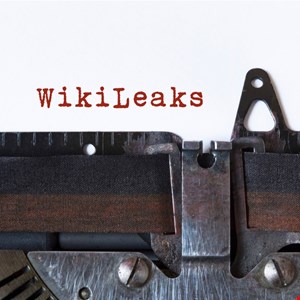 The United States has been given leave to appeal a British court’s decision not to extradite WikiLeaks founder Julian Paul Assange to America.

In Westminster Magistrate’s court in January, district judge Vanessa Baraitser ruled that Australian citizen Assange should not be extradited to the United States to face 17 charges under the Espionage Act and one charge under the Computer Fraud and Abuse Act.

The US Department of Justice indicted Assange in 2019 over his alleged involvement in the acquisition and publication of thousands of classified US diplomatic and military documents.

Baraitser rejected the Trump administration’s request to extradite Assange to the United States on mental health grounds. She judged that should Assange be sent to America to stand trial, there was a high chance that he would kill himself.

On Wednesday, Britain’s High Court granted the US government permission to lodge an appeal against the January ruling. The judicial office said that the case would be listed for a High Court hearing at a date that is yet to be set.

Assange’s fiancé, Stella Morris, said: “Every aspect of this case is profoundly unjust. Julian is being punished for doing his job as a journalist.”

“The High Court delivered its decision that it will allow limited permission for the US government to appeal January’s decision to block Julian’s extradition,” she said. ”That means that he’s still at risk of extradition where he faces a 175-year prison sentence and according to a magistrate, is certain to lose his life if he is extradited.”

Morris went on to appeal to the Biden administration to “do the right thing:”

She added: “If the Biden administration is serious about respecting the rule of law, the first amendment, and defending global press freedom, the only thing it can do is drop this case.”

Morris described Assange as living in purgatory. She highlighted the fact that the Obama administration had decided not to prosecute Assange. She also emphasized that the sentence of former US Army intelligence analyst Chelsea Manning had been commuted.