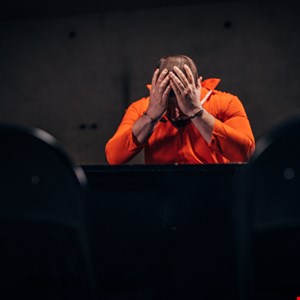 A Virginia businessman who conned his victims out of more than a million dollars has been sentenced to prison.

From 2017, the 56-year-old began running multiple fraud schemes to prevent his companies from going bankrupt and to fund his lifestyle in the absence of legitimate income.

In one scheme, perpetrated between 2017 and 2018, Miller posed as an entrepreneur with a significant net worth in an online question-and-answer forum to solicit contracts.

To win the confidence of investors, Miller falsely claimed that he had multiple advanced degrees, as well as expertise investing in technology companies. This scheme alone netted Miller approximately $1 million, defrauded from at least 10 individuals.

Miller lied again about the extent of his educational accomplishments when carrying out another fraudulent scheme to divert a federal subcontract to his company, G3 Systems. After winning the contract, Miller fraudulently obtained more than $300K by submitting false invoices and timesheets.

While investigating the company owner for fraud, federal agents executed a search warrant at Miller’s house, where they discovered child sexual abuse material (CSAM). A further search warrant was then obtained for Miller’s electronic devices.

On those devices, agents discovered more than 11,000 images or videos constituting the sexual abuse of children, including content Miller had obtained between August 2017 and September 2020.

On February 16, Miller pleaded guilty to wire fraud, engaging in an unlawful monetary transaction using fraud proceeds, and receipt of CSAM. On August 6, Miller was sentenced to 151 months in prison.

“Not only did the defendant defraud innocent victims through a million-dollar investment fraud scheme designed to maintain his lifestyle, but he also painfully contributed to the exploitation of children by collecting thousands of materials depicting child sexual abuse,” said Raj Parekh, acting US attorney for the Eastern District of Virginia.

He added: “We are thankful to the FBI and USPIS for their thorough investigative efforts and close partnership with our Office to hold the defendant accountable for his appalling conduct.”