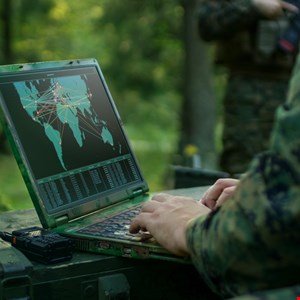 The UK’s Ministry of Defence (MoD) is calling on startups to help the military reduce its cyber-attack surface by designing a new generation of more secure hardware and software.

The MoD’s Defence and Security Accelerator (DASA) issued the call-to-arms on Monday, claiming it is prepared to fund proposals up to £300,000 for a nine-month contract.

“The Defence Science and Technical Laboratory (DSTL) on behalf of the MoD is interested in identifying and accelerating next generation hardware and software technologies to ‘design-out’ the vulnerabilities prevalent within current and future computer networks and systems (with a particular focus on operational technologies), thereby dramatically reducing defense exposure to cyber effects,” it explained.

“Intelligently applying these technologies would significantly reduce the opportunity for manipulation of such vulnerabilities on MoD systems and platforms; effectively raising the barrier to entry for adversaries and providing greater confidence and a level of assurance against cyber-enabled attack.”

The MoD wants solutions “applicable across a whole “class” of attack surface” rather than those that might only work against a specific threat. However, it said that proposals could be designed for future systems or retrofitted to existing capabilities.

To secure the initial round of funding, proposals must be within Technical Readiness Level 4 – 7. For further funding, interested parties would need to produce a roadmap describing how they would achieve a technical demonstrator by the end of the financial year 2023.

The news comes just a fortnight after the MoD completed its first bug bounty program to help find and remediate vulnerabilities across the department’s networks and 750,000 devices.