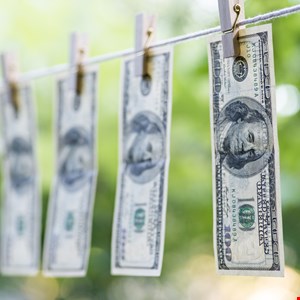 Global fines for anti-money laundering (AML) and data privacy compliance breaches have fallen by nearly 50% year-on-year in the first half of 2021, but could bounce back quickly as financial crime continues apace, according to Fenergo.

The digital transformation company claimed that 85 individual fines were levied on global financial institutions for breaches of AML, Know Your Customer (KYC) and data privacy laws in the first six months of 2021 — a drop of 26% on the figure for 1H 2020.

It added that these fines translate into a value of nearly $938m, which is a 46% decline.

Fenergo’s global director of financial crime, Rachel Woolley, noted that the drop comes after a period of several years, which has seen regulators levy record fines in response to significant scandals.

However, the figures could quickly rebound in the second half of the year as several major cases are due to reach their conclusion, she added.

“We’re also seeing the continuation of the trend in fines aimed at non-financial firms such as gambling companies as regulators look to close the net on criminals.”

Fraud is occurring on a massive scale during the pandemic, especially in the US, which will prompt further investigations into banks that may unwittingly or otherwise have facilitated these crimes, the Fenergo expert noted.

The scale of global money laundering is notoriously difficult to estimate given the failure of regulators, law enforcers and financial institutions to detect and stop nefarious activity. However, the UN believes it could be between 2-5% of global GDP annually, which could mean as much as $4tn or more.

Many in the financial services industry believe the compliance system itself is not fit-for-purpose, with FATF rules ultimately encouraging banks to focus not on reducing money laundering, but on protecting their reputation and bottom line.