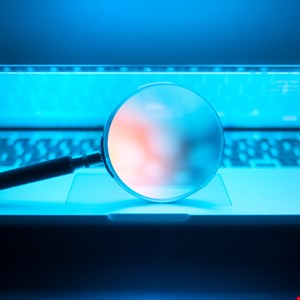 A former editor of the New York Observer who was pardoned in January for alleged cyber-stalking has been re-charged for a similar, related offense.

New Jersey resident Kenneth Kurson, also known as Jayden Wagner and Eddie Train, was charged on October 23, 2020, with cyber-stalking three individuals and harassing two additional people. His alleged victims include his former wife, her friend, and a doctor employed by Mount Sinai Hospital.

Kurson’s alleged crimes dated back to November and December 2015, when he and his ex-wife were engaged in divorce proceedings. He was accused of sending harassing emails and impersonating others to leave negative reviews online about the doctor, whom Kurson believed to be responsible for the breakdown of his marriage.

In January 2021, before Kurson’s case could come to court, he was pardoned of interstate stalking and harassment charges by the outgoing U.S. president, Donald Trump.

On August 18, the Manhattan District Attorney’s office charged 52-year-old Kurson with felony eavesdropping and computer trespass “for unlawfully accessing communications of his then-wife from September 2015 through March 2016 while he served as Editor-In-Chief of Observer Media Group.”

This latest complaint alleges that from September 24, 2015, to March 3, 2016, while still living with his ex-wife, Kurson unlawfully used an electronic monitoring software program commonly known as “spyware” on her computer.

He is accused of obtaining login credentials to her Gmail and Facebook accounts by monitoring her keystrokes. It is alleged that in October 2015, Kurson anonymously shared private Facebook messages.

The DA’s office said IP address records indicate that Kurson used the spyware from his computer at the offices of the Observer Media Group in Manhattan, where he was employed at the time as editor-in-chief.

“We will not accept presidential pardons as get-out-of-jail-free cards for the well-connected in New York,” said District Attorney Cy Vance.

“As alleged in the complaint, Mr. Kurson launched a campaign of cybercrime, manipulation, and abuse from his perch at the New York Observer, and now the people of New York will hold him accountable. We encourage all survivors and witnesses of this type of cybercrime and intimate partner abuse to report these crimes to our Office.”