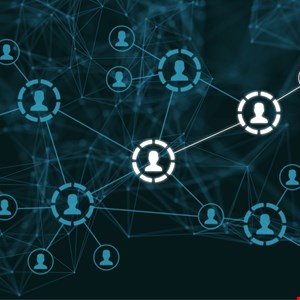 A drug dealer has been given a ten-year jail sentence after officers monitored his encrypted communications with other suppliers, according to the National Crime Agency (NCA).

Lee Broughton, 40 from Epsom, was sentenced last week at Kingston Crown Court after pleading guilty back in April to supplying cocaine.

His case was one of the many that the NCA is working on as part of Operation Venetic, after international law enforcers cracked a popular encrypted chat platform.

The agency revealed last year that it had been working on cracking EncroChat since 2015. The service is said to have had 60,000 users globally, 10,000 of whom were in the UK. It was reportedly used for trading drugs and other illegal goods, laundering money and planning hits on rivals.

The service offered users special devices, costing around €1000 each, and would charge €1500 for a six-month subscription offering worldwide coverage. Devices didn’t require users to associate a SIM card with their account and used a dual operating system with an encrypted interface.

Law enforcers have already arrested over 700 individuals in the UK due to their success in infiltrating EncroChat.

Broughton used the username “Sleekyak” to communicate with 22 contacts via the service — boasting he could sell 10 to 20kg of cocaine per week. He was apparently linked to the EncroChat moniker after revealing in one conversation the date of his birthday.

In related news, Michael Devine, 45, from Pete Best Drive in Derby, was this week sentenced to 17 years behind bars after using EncroChat to discuss sailing hundreds of kilograms of cocaine across the Atlantic.

According to reports, police were able to unmask Devine as the individual behind the “lawfularbor” and “mixedtree” accounts thanks to his references to family members, his poker playing, his car and Costco membership.

Police have scored several wins with other encrypted chat services used by criminals. They took down Sky ECC in March 2021 and, more recently, disrupted the notorious Anom service.