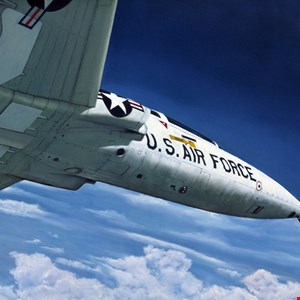 The US Air Force has chosen a town nicknamed “Danger City” to be the location for the Air National Guard’s first Cyber Warfare Wing.

Mansfield has around 50,000 inhabitants and is situated in the northeastern part of Ohio, midway between Columbus and Cleveland. According to local beer-maker, the Phoenix Brewing Company, the town earned its ominous nickname in the 1970s when businesses fled the downtown area for premises in a suburban shopping mall.

The US Air Force announced on Wednesday that the town’s Mansfield-Lahm Air National Guard Base has beaten Minneapolis-St. Paul International Airport in Minnesota to be chosen as the base for a new Cyber Warfare Wing mission.

News of the selection followed a visit to the base earlier this month by a site survey team. To advance the new cyber mission, the Air Force plans to retire eight C-130H Hercules from its aging inventory at the 179th Airlift Wing in 2022.

The Air Force plans to create 175 new positions at Mansfield ANGB, which will be STEM and IT focused.

In a press release issued Thursday, 179th Airlift Wing commander, Col. Todd Thomas, said that the transition from air to desk will be a hard one.

“Since becoming the Wing Commander, I have always told our Airmen we must do everything in our ability to ‘keep the front gate open’ and flex to whatever mission allows us to be viable well into the future and aligns with the National Defense Strategy,” said Thomas.

“I am extremely confident our Airmen are capable of shifting focus from tactical air-land and air-drop operations to the cyber battlefield. I look forward to what our Airmen will bring to the cyber fight.”

Ohio governor Mike DeWine welcomed the new mission as “a tremendous win” for the state.

“Ohio is gaining a leading-edge mission that will strengthen the fabric of the military community and further solidify Ohio as a national leader in cybersecurity excellence,” said DeWine.

“Not only will this new mission bring more jobs into the community, but it will also spur more economic growth and create new opportunities for industry and academic growth.”