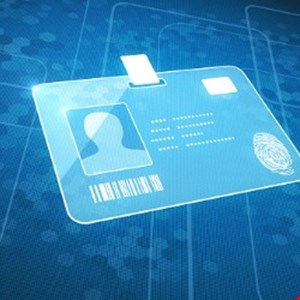 Tech giant Apple has announced that eight US states will start accepting driver’s licenses and other state IDs that are stored on iPhones and Apple Watch.

Arizona and Georgia will be the first states to allow their residents to use this system, and will be followed by Connecticut, Iowa, Kentucky, Maryland, Oklahoma and Utah.

The first locations to accept IDs that are stored in iPhone Wallets will be select airport security checkpoints and lanes run by the Transportation Security Administration (TSA). Unlike in other countries, where a passport is widely used to travel by air, Americans usually only require some form of state ID to travel by air domestically.

Apple said it has introduced new security features that mean users do not need to unlock or physically handover their phones to police of security officials, helping allay privacy concerns. The company stated: “Only after authorizing with Face ID or Touch ID is the requested identity information released from their device, which ensures that just the required information is shared and only the person who added the driver’s license or state ID to the device can present it. Users do not need to unlock, show or hand over their device to present their ID.”

Apple added that the iPhone Wallet is a more secure method of storing and presenting ID compared to a physical wallet, as the person’s identity data is encrypted and the use of biometric authentication ensures only the person who added the ID to Wallet can view it.

Jennifer Bailey, Apple’s vice president of Apple Pay and Apple Wallet, commented: “The addition of driver’s licenses and state IDs to Apple Wallet is an important step in our vision of replacing the physical wallet with a secure and easy-to-use mobile wallet.

“We are excited that the TSA and so many states are already on board to help bring this to life for travelers across the country using only their iPhone and Apple Watch, and we are already in discussions with many more states as we’re working to offer this nationwide in the future.”

Nevertheless, there are security concerns around having so much sensitive information stored on a single device. Ashutosh Rana, senior security consultant at the Synopsys Software Integrity Group, said “Applications such as Apple Pay, Apple Wallet and Samsung Pay are already being used to store sensitive information, namely credit card information and personally identifiable information in the form of event tickets or membership cards. It doesn’t surprise me that such technologies will be used to store drivers’ licenses and ID cards. This will provide a quick and convenient user experience on the one hand. Then again, it may also make the security of the mobile device itself even more critical as it’s essentially a one-stop shop for malicious actors. The scale of such applications are increasing, and therefore so too should the security of mobile devices and supporting frameworks.”

Civil liberties campaigners have also expressed fears over the shift to digital IDs, demonstrated by the recent debate surrounding vaccine passports. In regard to the use of mobile driver’s licenses, Digital Rights group, Electronic Frontier Foundation, recently wrote: “Designed wrong, it might be a big step towards national identification, in which every time we walk through a door or buy coffee, a record of the event is collected and aggregated. Also, any system that privileges digital identification over traditional forms will disadvantage people already at society’s margins.”