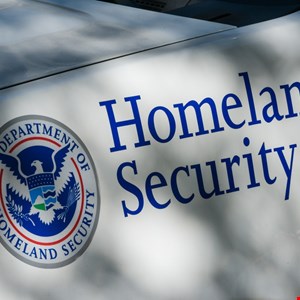 Two new senior cybersecurity appointments have been announced by the United States Department of Homeland Security.

Former lead solution engineer at Salesforce, David Larrimore, has been named as the Department’s chief technology officer. Between 2016 and 2019, Larrimore occupied the same position at the Immigration and Customs Enforcement (ICE) component.

Other roles held by Larrimore include an IT manager position at the General Services Administration and a job as a cloud strategist at the United States Department of Agriculture.

Larrimore is a graduate of Salisbury University in Maryland, where he obtained a Bachelor of Arts degree in Visual Communication.

The second new appointment to be announced by the DHS was the accedence of Robert Costello to the position of chief information officer at the Cybersecurity and Infrastructure Security Agency (CISA).

Like Larrimore, Costello also previously worked at ICE, where he filled the position of director of network engineering, and also hold a Bachelor of Arts degree. However, Costello’s BA was in Organizational Leadership and he earned it in New York City at private Jesuit research university, Fordham University.

“Larrimore and Costello’s appointments indicate that government is rethinking the type of talent it’s bringing in to help wrangle the country’s cybersecurity problem,” said Bill O’Neill, vice president of public sector at ThycoticCentrify, a provider of cloud identity security solutions based in Washington DC.

He added: “These individuals’ careers within military or law enforcement, coupled with their robust technical and engineering expertise reinforces DHS’s need for personnel that can leverage a proficient grasp of technology to both understand the inner workings of cybercrime and work efficiently to stop it.”