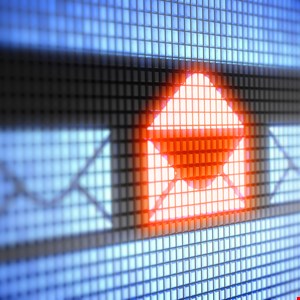 Three big-name UK brands have been collectively fined nearly half a million pounds by the privacy regulator after sending hundreds of millions of nuisance marketing messages to consumers.

We Buy Any Car was fined £200,000 by the Information Commissioner’s Office (ICO) after bombarding consumers with over 191 million emails and 3.6 million nuisance texts.

Saga Services and Saga Personal Finance were handed £150,000 and £75,000 penalties, respectively, for sending 157 million emails between them.

Recipients had not given direct consent to receive such messages, and the firms have been hit with an additional enforcement notice warning that court action could follow if their illegal marketing continues.

Finally, high street retailer Sports Direct was fined £70,000 after sending 2.5 million emails as part of a re-engagement campaign between December 2019 and February 2020. Recipients had not been contacted for some time, and the firm couldn’t show any evidence of consent.

ICO head of investigations, Andy Curry, argued that nuisance emails and texts are “frustrating and intrusive” and that the firms involved should have known better.

“Today’s fines show the ICO will tackle unsolicited marketing, irrespective of whether the messages have been orchestrated by a small business or organization, or a leading household name. The law remains the same and we hope today’s action sends out a deterrent message that members of the public must have their choices and privacy respected,” he added.

“Companies that want to send direct marketing messages must first have people’s consent. And people must understand what they are consenting to when they hand over their personal information. The same rules apply even when companies use third parties to send messages on their behalf.”

The ICO issued the fines under the UK’s Privacy and Electronic Communications Regulations (PECR), which govern nuisance marketing messages and calls. Unlike under the GDPR, or UK Data Protection Act 2018, the maximum the regulator can fine individual companies via PECR is £500,000.

“Workarounds” Helped Royal Mail Resume Shipping After Ransomware Attack
Hybrid play: Leveling the playing field in online video gaming and beyond
Ransomware payments down 40% in 2022 – Week in security with Tony Anscombe
Apple patches are out – old iPhones get an old zero-day fix at last!
WhatsApp Hit with €5.5m fine for GDPR Violations