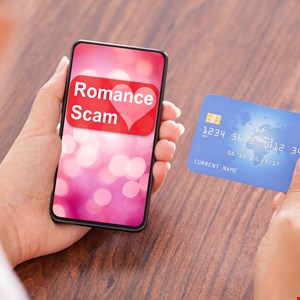 Over $133m has already been lost this year to romance scams, with victims increasingly urged to invest in fraudulent cryptocurrency opportunities, according to the FBI.

A new Public Service Announcement was published yesterday revealing that the FBI Internet Crime Complaint Center (IC3) received over 1,800 complaints from January 1 to June 31 this year, resulting in soaring losses for victims.

Victims are typically approached on dating and social media sites, where the scammer establishes a relationship with them designed to build confidence. In time, the scammer will share information on a new cryptocurrency investment or trading opportunity, which is claimed to generate significant profits, according to the FBI.

The victim is then directed to a scam website where they hand over some money for the investment. To add legitimacy to the scheme, the fraudsters purportedly make it appear as if the victim has made a profit and allow them to withdraw a small amount of money.

“After the successful withdrawal, the scammer instructs the victim to invest larger amounts of money and often expresses the need to ‘act fast.’ When the victim is ready to withdraw funds again, the scammers create reasons why this cannot happen,” the Public Service Announcement continued.

“The victim is informed additional taxes or fees need paid, or the minimum account balance has not been met to allow a withdrawal. This entices the victim to provide additional funds. Sometimes, a ‘customer service group’ gets involved, which is also part of the scam. Victims are not able to withdraw any money, and the scammers most often stop communicating with the victim after they cease to send additional funds.”

Romance scams are a perennial money-maker for fraudsters. In fact, they collectively accounted for over $600m in losses last year, second only to Business Email Compromise, according to official FBI figures.

The addition of a cryptocurrency element taps into a growing parallel trend of scammers making money from eager investors looking to get rich quickly.

According to the FBI, investment scams are the third-highest earner for cyber-criminals, bringing in over $336m last year.