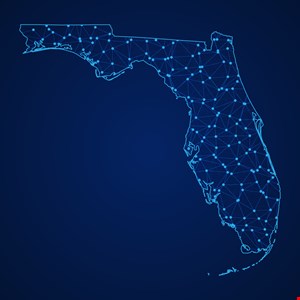 Lawmakers in Florida are asking why the state has failed to spend millions of dollars it was assigned to fund the implementation of new cybersecurity measures.

The Miami Herald reports that despite lawmakers’ allocating $30m for the improvements months ago, the Sunshine State is yet to spend a single cent.

The office of Florida’s statewide chief information officer, Jamie Grant, requested the money seven months ago with the understanding that it would be used for threat assessments, new software, and infrastructure hardening.

While $672,000 was to be spent on training, $3.2m was to be used to fund a new Cybersecurity Operations Center.

Quizzed by lawmakers on Wednesday over his office’s fiscal inaction, Grant gave the response that his office was too short-staffed to draw up a spending plan. He later declined to say when a plan would be put in place when questioned by the Herald.

In August, it was reported that Florida’s year-old IT agency – the Florida Digital Service – was struggling to keep key positions filled.

Grant, a former state representative appointed to his leadership role in 2020 by Governor Ron DeSantis, said last month that personnel changes taking place in the Florida Digital Service were “consistent” with his team’s “shared principles.”

Since taking over, Grant has seen two chief information security officers, the chief data officer, the enterprise architect, the chief operations officer, and half of the state’s new ten-member cybersecurity team leave their jobs.

According to the Herald, several of the individuals quit suddenly without giving notice, with some telling the news source that they found Grant’s management style antagonistic.

The high number of unfilled roles within the agency has attracted criticism. James Taylor, CEO of the Florida Technology Council, described the vacant positions on the cybersecurity advisory board as “a massive concern.”

Visitors to the Florida Digital Service website are told: “We need your help. Join the team.” The site does not contain a list of vacancies, but instead features an ‘apply now’ button that takes visitors to a contact form that they can use to state their skills or certifications and the policy area(s) in which they are interested.

T-Mobile admits to 37,000,000 customer records stolen by “bad actor”
Apple patches are out – old iPhones get an old zero-day fix at last!
Near-Record Year for US Data Breaches in 2022
Phishers Use Blank Images to Disguise Malicious Attachments
S3 Ep118: Guess your password? No need if it’s stolen already! [Audio + Text]