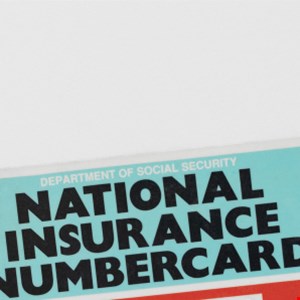 A voucher scheme launched by the Northern Ireland Assembly to stimulate economic growth following Covid-19 lockdowns is having an identity crisis.

Under the £145m High Street Spend Local Scheme, the approximately 1.4 million residents of Northern Ireland who are aged 18 and over are eligible to apply for a £100 Spend Local voucher.

The voucher takes the form of a prepaid card, which is accepted by businesses across Northern Ireland. To apply for the card, residents must submit their email address along with their National Insurance number (NINO).

It is unclear whether the issue is the result of a system glitch, human error on the part of the applicants, or fraudsters who have been applying for vouchers using stolen NINOs.

A spokesperson for the Department for the Economy told the BBC that “no fault” had been found in its voucher application system that might account for the situation.

The husband of a woman impacted by the issue told The Nolan Show: “She tried to apply for the card – went online, gave her email address, got her link back and then you click on the link and put in your National Insurance number.

“A screen popped up and said: ‘We’re sorry but it appears your National Insurance number has been entered already and used by someone else making an application.’ And that was it, and the only thing she could do about it was to email [the Department for the Economy].”

The woman subsequently reported the issue to the Department via email. The only response she has received is a message saying that they were aware of the issue.

Her husband told the Belfast Telegraph that as a test, he applied for a voucher using an altered version of his own NINO and was able to advance to the next stage of the application.

The Department for the Economy stated: “The scheme has robust anti-fraud measures in place and this issue will be kept under close review.”