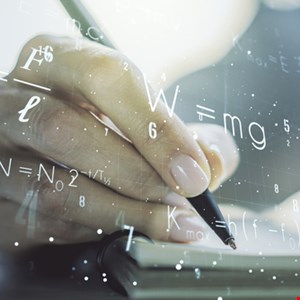 A working group appointed by the International Association of Scientific, Technical and Medical Publishers (STM) has published a new set of guidelines to tackle the issue of doctored images in scientific research papers.

The recommendations of the Standards and Technology Committee (STEC) include a three-tier classification system that editors can use to flag suspicious content, and detailed step-by-step instructions on how to deal with manipulated images.

Images that fall under tier one of the classification system include pictures that have been “beautified” or altered in a way that does not change the conclusion of the research. Images that have been significantly manipulated in a way that clashes with accepted scholarly practice and change the scientific conclusions for key data are designated tier two.

Tier three, reserved for the most serious aberrations, includes “severe image manipulation, with unequivocal evidence of obfuscation or fabrication and an intent to mislead,” such as the selective cropping or reporting of images so that they fail to represent the original data.

Editors who suspect an image has been doctored are advised to ask authors for their source data and an explanation. If an editor receives no response to a query over a tier three offense and later sees the suspicious images published in another journal, the guidance says the editor should notify that journal of their suspicions.

“With these recommendations, the STM Working Group aims to contribute a consistent, structured and efficient framework for handling image integrity issues both within and between journals and publishers,” said STM.

Elisabeth Bik, a research-integrity consultant based in California, said that the new recommendations “will not prevent science misconduct, but they provide stronger scrutiny both at the submission stage, as well as after publication.”