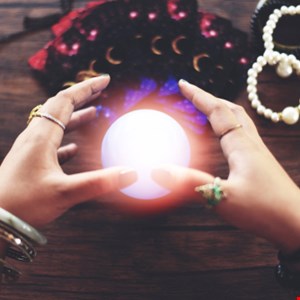 An international psychic mail fraud scheme that sold the promise of good fortune to tens of thousands of victims has been shut down by a United States court.

Earlier today, the US District Court for the Southern District of Florida entered a permanent injunction against three residents of France and two corporate defendants who had been carrying out the highly lucrative scheme.

According to a complaint, Robert Lhez, Mireille Dayer and Julie Poulleau, using Arcana Center, a company in Delaware, and a Swiss corporation named Partners VAD International Sàrl, mailed hundreds of thousands of solicitations to victims in the United States.

The mailouts were purportedly sent on behalf of companies or individuals offering psychic, clairvoyant, or astrological services.

Individuals targeted by the scheme were told that they would come into some money soon if they paid an upfront fee. However, none of the victims who handed over their cash received any of the promised benefits.

“These solicitations were riddled with false and misleading statements that gave the false impression that in exchange for payment of a small fee, typically of $45 or $50, the individual recipient would come into good fortune resulting in an imminent financial windfall though the lottery, inheritance or other game of chance,” said the Department of Justice Office of Public Affairs in a statement.

Thousands of victims, most of whom were elderly or vulnerable, sent payments totaling millions of dollars to the defendants. From March 2017 to June 2018 alone, the defendants received more than $1.4m from more than 34,000 payments.

According to Eric Shen, inspector in charge of the US Postal Inspection Service’s Criminal Investigations Group, the defendants “have been known to Postal Inspectors for years, constantly changing their fraudulent schemes in the attempt to stay one step ahead of the law.”

Lhez, Dayer, Poulleau and the two companies are now barred from operating or otherwise engaging in a psychic mailing scheme and, more broadly, from engaging in any mass-mail or prize-promotion marketing in the United States.

Acting US Attorney Juan Antonio Gonzalez for the Southern District of Florida urged the public to question promotions that seem too good to be true and report suspected fraud to law enforcement.