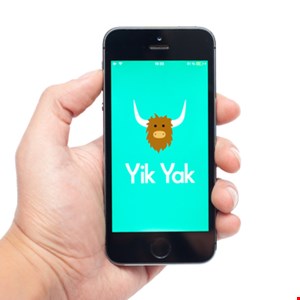 A student at East Carolina University has been charged with cyber-stalking after allegedly posing as a member of a rival fraternity to upload a racist post to social media.

A police investigation was launched after an offensive message, purporting to be from the university’s Theta Chi chapter, was uploaded anonymously to Yik Yak in August.

The party invitation then listed the name and contact information of a genuine member of the Theta Chi fraternity.

The rush event mentioned in the post never took place, and the members of Theta Chi fraternity have denied having anything to do with the Yik Yak post.

Edwards was charged with cyber-stalking and turned himself in to the Pitt County Detention Center on October 1.

The investigation by Greenville PD found no affiliation between Edwards and the Theta Chi fraternity.

“It is the Greenville Police Department’s understanding he is a member of another ECU fraternity,” said police.

In an email to McClatchy News, Greenville PD spokesperson Kristen Hunter wrote: “The motive is still under investigation; however, the post was made during Rush Week, when fraternities try to recruit members, so we believe that was a factor.”

According to The Finger Lake Times, East Carolina University said that Edwards is a member of the Pi Lambda Phi fraternity. On Pi Lambda Phi’s website, Edwards is reportedly listed as vice president of recruitment for the fraternity.

Edwards told news source WITN that he couldn’t comment on the incident until he had obtained a lawyer.

In a statement, East Carolina University said: “We appreciate the efforts of the Greenville Police to identify the individual who made the post and to clear the name of the student and the Theta Chi fraternity listed in the original post. We will continue to work with our students and campus to build a welcoming and inclusive community for all.”

GitHub code-signing certificates stolen (but will be revoked this week)
Killnet Attackers DDoS US and Dutch Hospitals
Why your data is more valuable than you may realize
S3 Ep119: Breaches, patches, leaks and tweaks! [Audio + Text]
Serious Security: How dEliBeRaTe tYpOs might imProVe DNS security