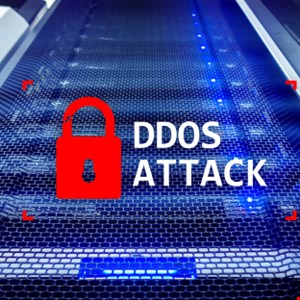 Dutch police have written to customers of an on-demand booter service to dissuade them from committing cybercrimes.

Booter services, also known as booters, are on-demand DDoS (Distributed-Denial-of-Service) attack services that can be used to bring down websites and networks by overloading or “stressing” IP addresses with data traffic.

During an ongoing investigation into www.minesearch.rip, Dutch police discovered the details of 29 individuals who had purchased booter services offered for sale on the website.

In an attempt to deter the site’s customers from launching DDoS attacks, the police took the civilized action of writing to them, warning them to stop using the service or face prosecution.

In a statement issued October 11, the police wrote: “The letter recipients – from all over the country – are associated with a purchase on the website www.minesearch.rip, where illegal DDoS attacks were sold.

“The aim of the letter is to inform the recipients about the criminality and consequences and also to offer them alternatives.”

Recipients were told that committing cybercrimes could result in “a conviction, criminal record and the loss of your computer and/or laptop.”

The letter read: “We have registered you in our system and you will now receive a final warning. If new similar facts arise in the future, we will prosecute.”

The letter goes on to encourage the booter buyers to “improve your skills in a legal way,” and lists websites including HackTheBox, which gives hackers the chance to win prizes while building up their cybersecurity skills.

“Not only can companies lose customers and/or revenue,” said the police, but “a DDoS attack can also have major social, disruptive consequences. Companies also often incur considerable financial damage due to the repair costs.”

Dutch police began investigating www.minesearch.rip last year after receiving a report from a game server hosting platform that was struck by a DDoS attack originating from the site.

“In addition, dozens of reports were received from other companies and authorities,” stated the police.

On July 30, 2020, the police searched the homes of two 19-year-old men who are suspected of being involved with the website and seized electronic devices, including computers and cellphones.