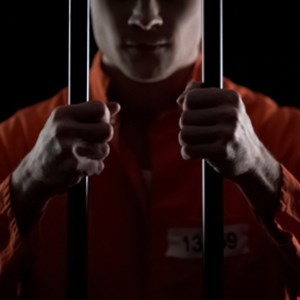 The first ever person to be convicted of cyber-stalking in the District of Nebraska has been sentenced to federal prison.

Dennis Sryniawski, a 48-year-old resident of Bellevue, was charged with intent to extort and cyber-stalking his former girlfriend, Diane Parris, in an attempt to prevent her husband, Jeff Parris, from being elected to the Nebraska legislature.

A jury convicted Sryniawski on only the cyber-stalking charge in June 2021, after a three-day jury trial. Evidence presented at trial showed that Sryniawski had used two different email accounts to send six emails on two different days to the legislature candidate.

One email was sent under Sryniawski’s name, but the others were delivered under names that the cyber-stalker had invented.

“The initial email contained personal details about the candidate’s wife and accusations concerning the candidate’s stepdaughter, and a later email included explicit photos purportedly of each,” said the US Attorney’s Office for the District of Nebraska in a statement issued Thursday.

The explicit photographs of Diane Parris had been taken with her consent more than two decades ago, when she and Sryniawski were romantically involved. But Parris never consented to the images’ being shared.

In the emails, Sryniawski threatened the candidate and told him to quit the electoral race. The victim was told that the personal details and explicit photos of his wife and stepdaughter would be released if he did not withdraw his candidacy.

Jeff Parris refused to comply with the demands; however, his bid to join the Nebraska legislature was ultimately unsuccessful.

Sryniawski asked to receive probation for his crime, citing his voluntary work and prior military service. However, on October 21, United States District Judge Brian Buescher sentenced the cyber-stalker to twelve months and one day in prison, to be followed by three years of supervised release.

“The egregious nature of that conduct, its effect on the victims, the need to deter others and the defendant’s lack of remorse overcome any mitigation and support a sentence within the advisory guidelines,” said US Attorney Jan Sharp.