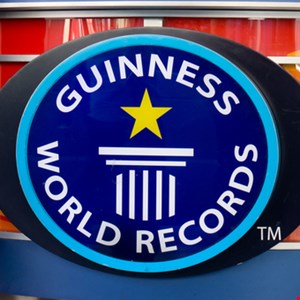 A new Guinness World Record in cybersecurity training has been set by a cloud-based identity and access management (IAM) provider, a security awareness training platform, and a PR firm.

The first-of-its-kind record was for the most views of a virtual cybersecurity lesson in 24 hours, and it was achieved on October 14 through the joint efforts of OneLogin, KnowBe4, and Eskenzi PR.

“Niamh and Javvad provided their expertise on ransomware prevention and table-top exercises before opening the session for Q&A with the viewers,” said Eskenzi PR’s Paula Brici.

She added: “The objective of the training was to bridge the gap between security professionals and the rest of the workforce.”

The hour-long lesson was hosted and recorded via Zoom and made accessible to the public via YouTube Live for 23 hours. Guinness World Records stipulated that a minimum of 1,500 views were needed at the end of the 24 hours for a new record to be officially recorded.

Within the timeframe set for the world-record attempt, the educational content comfortably earned its place in history, logging a total of 2,136 views. Guinness World Records adjudicator Richard Stenning was present to validate the record attempt and gave his seal of approval that a new record had been achieved.

“I’m delighted to have the opportunity to share my knowledge of security incident response with such a large audience, and to have an opportunity to shine a much-needed light on cybersecurity, and the devastating impact these incidents can have on an organization,” said Muldoon.

Malik said: “Security awareness is an essential skill for today’s digitally connected world. And what better way to help spread the message than delivering a free session and setting a world record at the same time.”

He added: “Having followed Guinness World Records from a young age, being involved in a record-setting attempt is something I never imagined I would be part of.”