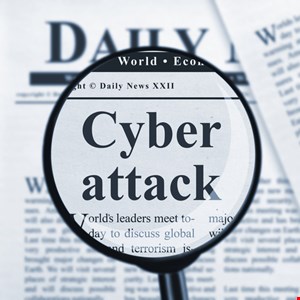 A non-profit educational foundation has teamed up with a cybersecurity company to develop a game that reveals what happens in a cyber-attack.

The online simulation is the joint effort of Kaspersky and the DiploFoundation, and is based on the Kaspersky Interactive Protection Simulation (KIPS).

The game was created with the intention of helping diplomats and professionals who lack a technical background to understand how digital assaults unfold so that they are better equipped to formulate an effective response to a cyber-attack at the international level.

Players are assigned the role of a diplomat in a fictional world in which threat actors are targeting the UN First Committee – an organization that handles matters of international security and peace both offline and online.

During the game, players must make decisions with action cards and collect pieces of the technical evidence puzzle. Depending on their choices, they will be led either to the most accurate technical analysis of the attack, or into a situation of greater uncertainty and cyber-instability.

“Its primary aim is to collect all necessary pieces of evidence and technical information to respond to as many questions as possible during the training, including what or who is the intended target, what techniques have been applied, how severe an incident is, and who was behind the attack in the simulated environment,” said a spokesperson for Kaspersky.

Vladimir Radunović, director of cybersecurity and e-diplomacy at DiploFoundation, said that diplomats must understand cybersecurity because of its importance in today’s world.

“The terms ‘cyber’ and ‘digital’ are not the favorite among diplomats. Yet, cyber and digital issues increasingly dominate the international agenda – not least in international peace and security,” said Radunović.

“These are particularly sensitive areas, such as the attribution of cyber-attacks to a party or a state where a miscalculation could easily lead to the escalation of tensions between countries. Cyber-diplomats thus need to understand the technology that underpins our modern society.”

Anastasiya Kazakova, senior public affairs manager at Kaspersky, said: “We’ve piloted the game with real cyber-diplomats, legal and policy experts, and have already received positive feedback, which makes us believe that by joining efforts in cyber-capacity building we can help achieve cyber-stability.”