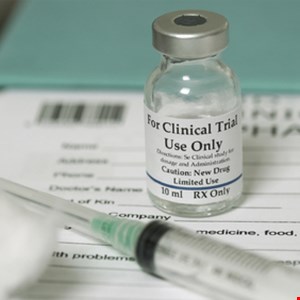 A man from Colorado is facing a maximum prison sentence of 20 years after admitting to falsifying clinical trial data.

Duniel Tejeda, formerly of Miami, Florida, acted outside the law while employed as both a project manager and a study coordinator for clinical drug trials at Tellus Clinical Research, a medical clinic based in Miami.

As part of his plea agreement, Tejeda admitted that he entered into an arrangement with co-conspirators to deliberately distort data in medical records. The records that were manipulated by Tejeda were connected with clinical trials intended to evaluate a range of different medical conditions, including opioid dependency, irritable bowel syndrome and diabetic nephropathy.

In a statement released October 26, the Department of Justice’s Office of Public Affairs said: “Among other things, Tejeda falsified data to make it appear as though subjects were participating in the trials when, in truth, they were not.”

“The public relies on the accuracy and honesty of clinical trial data,” said Gonzalez. “Falsifying clinical data not only violates the public’s trust, it also endangers the safety of consumers.”

“FDA’s evaluation of a new drug begins with an analysis of reliable and accurate data from clinical trials,” said Hermsen. “Compromised clinical trial data could impact the agency’s decisions about the safety and effectiveness of the drug under review.”

“The defendant’s conduct put profits before public health,” said Boynton. “The Justice Department will continue to work with its partners at the Food and Drug Administration to investigate and prosecute anyone who engages in this conduct.”

A sentencing hearing for Tejeda has been scheduled for January 20, 2022.