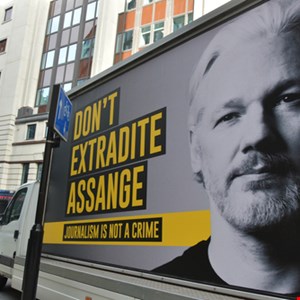 The United States government has launched an appeal against a UK court’s decision to refuse to extradite Wikileaks founder Julian Assange.

Australian citizen Assange, who is aged 50, was indicted by the US Department of Justice in 2019 over his alleged involvement in the acquisition and publication of thousands of classified US diplomatic and military documents.

The Trump administration sought Assange’s extradition to the US, where he faces 17 charges under the Espionage Act and one charge under the Computer Fraud and Abuse Act.

Baraitser made her judgement after hearing from Assange’s lawyer that the Wikileaks founder’s risk of suicide would be “imminent the moment extradition becomes likely.”

Now, the Biden administration has started a legal appeal to get Assange extradited to the United States and is arguing that earlier assessments of Assange’s mental health were wrong.

Lewis said that Kopelman concealed Assange’s relationship with his fiancé, Stella Morris, and the existence of their two children – factors that may dissuade Assange from ending his life.

Lewis also said that the US had not been given an opportunity to answer the concerns for Assange’s safety that had been expressed by Baraitser.

Lawyers acting on behalf of the United States gave four binding assurances regarding the treatment of Assange.

These included assurances that Assange would receive “any clinical and psychological treatment” that prison doctors recommended, and that the US would approve Assange’s application to serve a sentence in his native Australia.

The United States also gave the insurance that it would not make Assange serve a custodial sentence in the United States Penitentiary, Administrative Maximum Facility (USP Florence ADMAX).