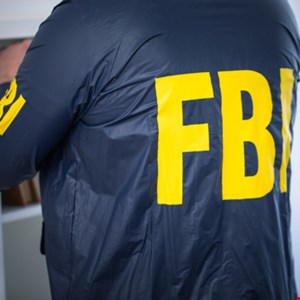 Law enforcement agencies in the United States have searched the Florida premises of a Chinese payment-terminal provider.

A warehouse and offices belonging to multinational Pax Technology were scoured by the Federal Bureau of Investigation, the Department of Homeland Security, and other agencies on Tuesday after concerns were reportedly raised over the company’s security.

The FBI said that the search at the site in Jacksonville had been undertaken “in furtherance of a federal investigation.”

Pax was founded two decades ago and is headquartered in Shenzhen. According to its website, the company has delivered over 57 million terminals to more than 120 countries. In addition to payment terminals, Pax manufactures PIN pads and point-of-sale (POS) hardware and software.

News of the raid was broken by local Florida news outlet WOKV. When queried about the coordinated law enforcement action, the FBI issued the following statement:

“The FBI Jacksonville Division, in partnership with Homeland Security Investigations, Customs and Border Protection, Department of Commerce, and Naval Criminal Investigative Services, and with the support of the Jacksonville Sheriff’s Office, is executing a court-authorized search at this location in furtherance of a federal investigation.

“We are not aware of any physical threat to the surrounding community related to this search. The investigation remains active and ongoing and no additional information can be confirmed at this time.”

Pax Technology said that it takes security very seriously and was unaware of any allegations of illegal activity.

“As always, Pax Technology is actively monitoring its environment for possible threats. We remain committed to providing secure and quality software systems and solutions,” said a company spokesperson.

They added: “Pax Technology is not aware of any illegal conduct by it or its employees and is in the process of engaging counsel to assist in learning more about the events that led to the investigation.”

The company’s British office wrote to its customers in the UK to say that no security issues had occurred.

In the letter, which was viewed by the BBC, the company said: “No confidential customer information or transaction data was sent from any Pax device sold in the US or UK.”