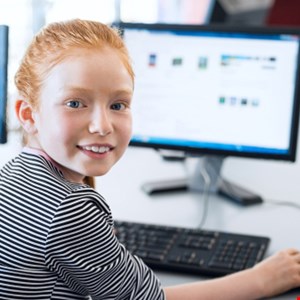 A program set up to teach cybersecurity skills to autistic and neurodiverse young people in the United Kingdom has received a sizable injection of cash.

The UK chancellor of the exchequer, Rishi Sunak, has awarded £100,000 (approximately $135K) to the Cybersecurity Neurodiversity Skills Development Program, described by Native Newspost as “ground-breaking.”

The program, which is based in the central Scottish city of Perth, was created to give youngsters practical skills that will increase their self-confidence and employability.

The award will be made to the University of the Highlands and Islands and to the charity Perth Autism Support as part of the UK Government’s Community Renewal fund.

Perth Autism Support (PAS) was founded in November 2011 to support gaps identified in the support of autistic children and young people up to the age of 18 and their families in Perth and Kinross.

The organization has more than 870 families registered for services across Perth and Kinross and supports on average 240 young people every week.

Murdo Fraser, a politician who represents constituents in Mid-Scotland and Fife, hailed the cybersecurity project and the funding newly earmarked to support it.

Fraser said the award was “yet further evidence Rishi Sunak will step up to support rural and remote communities in Perth and Kinross.”

Through the Community Renewal Fund, the UK government will invest £220m in projects around the UK that seek to invest in local communities or offer skills or support to improve job opportunities.

On November 3, the UK’s levelling up secretary, Michael Gove, announced the 477 locally led projects whose applications for funding had met with success.

In the Northeast of England, £808,000 was awarded to a project to improve digital skills and digital employment opportunities and create 40 online training centers for people who don’t have access to the internet.

In Worcestershire, a 90-day Cleantech Bootcamp designed to teach businesses how to successfully enter the green sector was awarded £522,750.

A project in Argyll and Bute to create a Seaweed Academy that will provide education and training in seaweed farming received £400,000.