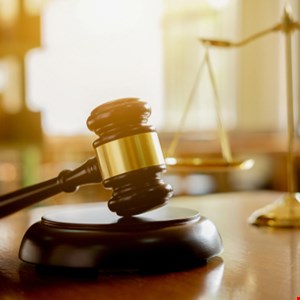 A Russian cyber-criminal has been sent to prison in the United States for defrauding American companies out of millions of dollars.

Zhukov, the self-styled “king of fraud,” worked with accomplices to trick victim companies into believing that they had purchased genuine digital advertising space. In reality, Media Methane was merely a smoke and mirrors operation, deploying a combination of coding and domain spoofing to give the false impression that victims’ ads were being viewed.

“Rather than place advertisements on real publishers’ web pages where human internet users would see them, Zhukov rented more than 2,000 computer servers housed in commercial datacenters in Dallas, Texas, Amsterdam and the Netherlands, and programmed the datacenter computer servers (the “bots”) to simulate humans viewing ads on webpages,” stated the US Attorney’s Office for the Eastern District of New York in a statement released Wednesday.

The criminals programmed the bots to load genuine ads on blank web pages and then deceived their victims into believing that the ads were loading on authentic websites.

Zhukov and his co-conspirators spoofed the domains of more than 6,000 publishers, including the New York Times, the New York Post, the New York Daily News, Newsday, and the Staten Island Advance.

Victims of the scam include the Texas Scottish Rite Hospital for Children and household names Nestle Purina and Time Warner Cable.

Zhukov and his co-conspirators stole more than $7m through the scam, which they ran between September 2014 and December 2016.

On November 10, Zhukov was sentenced to ten years in prison and ordered to pay $3,827,493 in forfeiture.

HUMAN’s Matt Culbertson told Infosecurity Magazine: “We then took a leading role in engaging with law enforcement and many of our ad tech partners to create the largest private/public sector collaboration in history to orchestrate a major botnet takedown.”

He added, “After seeing how important cross-industry collaboration is to defeating cybercrime, we created The Human Collective – a program built for companies looking to be at the forefront of fighting fraud.”

Mastodon vs. Twitter: Know the differences
5 valuable skills your children can learn by playing video games
Tech support scammers are still at it: Here’s what to look out for in 2023
Gamaredon Group Launches Cyberattacks Against Ukraine Using Telegram
Chinese Hackers Exploited Recent Fortinet Flaw as 0-Day to Drop Malware