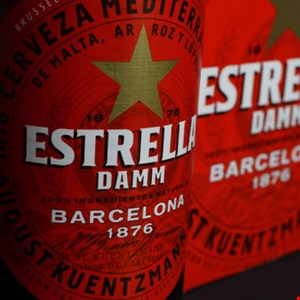 Spain’s second-biggest brewery says it expects to fully recover from a “highly complex” cyber-attack “in the coming days.”

Sociedad Anónima Damm, which has been making the world-renowned Estrella Damm lager since 1876, was targeted by cyber-criminals on Tuesday.

The attack on the company’s computer systems temporarily halted production at all of Damm’s breweries. However, the main brewery in El Prat de Llobregat, which is located near the capital city of Barcelona, was slowest to recover.

Approximately 500 employees work at the El Prat de Llobregat plant, which typically produces 7 million hectolitres of beer a year. Damm’s head of communications, Olga Vidal, told Reuters on Friday that the digital assault had “entirely paralyzed” the plant for a two-hour period.

She said: “IT services made possible a partial resumption of production and we expect to operate at 100% in the coming hours.”

Fortunately, the attack had no impact on beer deliveries made by the brewery this week. Vidal said Damm’s existing stocks were sufficient to honor all its deliveries to bars, supermarkets, and restaurants.

Damm also brews beer in smaller quantities at two other plants in Spain, one of which is in Murcia while the other is based in Alicante.

Vidal did not disclose the nature of the attack, nor did she say whether Damm made a ransom payment to its attackers.

A Damm spokesperson told the Ara newspaper that the brewery had suffered a “computer incident in the operating system,” which was “under investigation.”

The same spokesperson said that the brewery had activated its emergency response plan and was now working to restore production to its normal level.

Sources close to the brewery told Ara that the attack would have been more catastrophic had it taken place in the summer months when more beer is consumed. At that time of year, stocks only last around three days.

The incident at Damm brewery follows a ransomware attack at the nearby Autonomous University of Barcelona, which occurred last month. The perpetrators disabled computer services at the university, encrypting more than 650,000 files and demanding a €3m ransom.