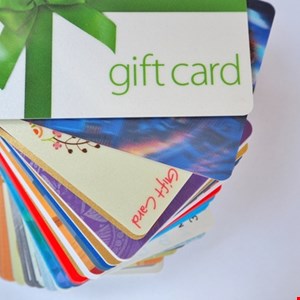 A cyber-safety platform has found a humorous way to warn the American public how to spot a gift card scam ahead of the holiday season.

ScamSpotter.org has made a series of amusing videos in which some of the ridiculous storylines deployed by gift card scammers are played out by actors.

In one Hollywood blockbuster–style dramatization, a grandmother steals a helicopter and breaks into a jail in a foreign country to set her granddaughter free using gift cards as a bail payment.

In another, a man narrowly averts a raid on his home by armed police after paying his outstanding taxes over the phone with gift cards.

Other ads use the scamming tactics “your computer’s been hacked,” “you’re pre-approved for a loan,” and “it’s your boss – I need you to buy gift cards ASAP.”

A spokesperson for the Scam Spotter platform said: “This comprehensive campaign highlights the most common gift card scam scenarios in a series of absurd and hyperbolic videos to show that if the stories scammers use sound unbelievable, it’s because they are.”

Despite the implausibility of the scenarios deployed by gift card scammers, their efforts are frequently met with success.

The Federal Trade Commission said in December 2020 that gift cards have topped the list of reported fraud payment methods every year since 2018. During that time, people reported losing a total of nearly $245m, with a median individual loss of $840.

Gift card scams take in victims of all ages. “While baby boomers tend to lose more money per scam on average, younger generations are far from safe, with millennials reporting losses of around $300m in 2020,” said a Scam Spotter spokesperson.

Scam Spotter predicts that 2021 will be a bumper year for gift card scamming as holiday shoppers seek to overcome product shortages and supply-chain issues by choosing gift cards over other presents.

Jenny Grounds, CMO of Cybercrime Support Network, said: “Scammers love gift cards because they are untraceable, and there’s no way to recover the money once a scammer has the card details.”