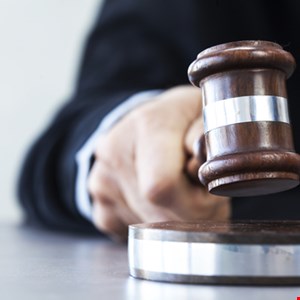 The United States has sent a fourth member of the international hacking group known as The Community to prison.

Garrett Endicott, of Warrensburg, Missouri, was the last of six defendants to be sentenced in connection with a multi-million-dollar SIM-swapping conspiracy that claimed victims across the country, including in California, Missouri, Michigan, Utah, Texas, New York and Illinois.

After pleading guilty to the charges, 22-year-old Endicott was yesterday ordered to pay restitution in the amount of $121,549.37 and serve 10 months behind bars by United States District Judge Denise Page Hood.

Members of The Community would gain control of a victim’s cell phone number, then use it to access the victim’s email accounts, crypto-currency wallets, and cloud storage. By resetting passwords and requesting two-factor authentication codes, the hackers were able to bypass security measures and steal tens of millions of dollars’ worth of crypto-currency.

“Individual victims lost crypto-currency valued, at the time of theft, ranging from under $2,000 to over $5m. The sentenced defendants were involved in total thefts ranging from approximately $50,000 to over $9m,” said the US Attorney’s Office for the Eastern District of Michigan.

Three of Endicott’s co-conspirators have already been handed custodial sentences in the United States. Handschumacher was sentenced to 48 months in prison and ordered to pay restitution in the amount of $7,681,570.03.

In January, the United States withdrew its extradition request for Freeman after the hacker was sentenced to three years in prison in Ireland in November for stealing crypto-currency, dishonestly operating a computer to make a gain, and knowingly engaging in the possession of the proceeds of crime.