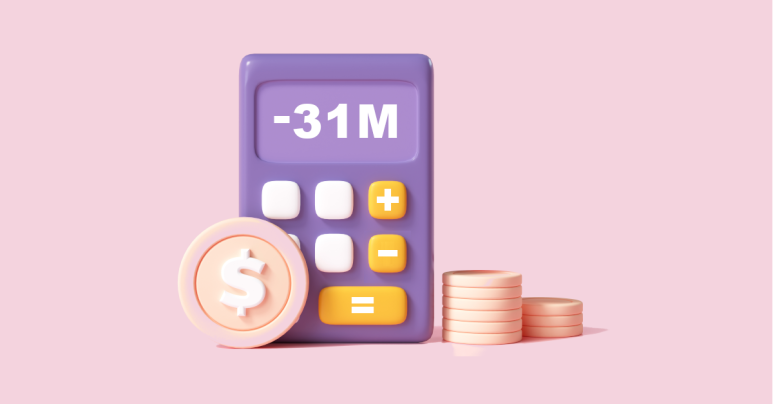 Two weeks ago, after three software audits and three months of live testing, a cryptocurrency startup called MonoX introduced what it described as “the premier bootstrap decentralized exchange, Monoswap”.

In an announcement on 23 November 2021, the company declared:

MonoX will revolutionize the DeFi ecosystem by fixing the capital inefficiencies of current protocol models. With lower trading fees, capital efficiency, and zero-capital token launching — MonoX will expand the capabilities of DeFi.

DeFi, as you probably know, is an acronym for (or, for the linguistically strict amongst us, an ellipsis of) the term decentralised finance, and is typically used to refer to electronic trading that doesn’t rely on any individual company or government department for record keeping.

By using distributed ledgers known as a blockchains, a sort of community-operated bookkeeping venture where transactions are agreed and recorded by consensus, cryptocurrencies and digital contracts don’t need to be managed by a single authority such as a central bank or a payment card company.

Blockchain technology therefore brings lots of opportunity, as you are no doubt aware from the number of Why Not Inve$t In Our Brand New Cryptocoin Deal$ Right Now emails that are getting caught up in your spam filter these days.

And plenty of risk, too, as MonoX discovered almost as soon as it went live last month,

Despite the audits and the testing, MonoX seems to have made an interesting blunder in how it handled balance changes during transactions.

This has apparently already cost the startup a massive $31,000,000 in lost funds, thanks to an automated series of rogue transactions that the company failed to think of, and therefore didn’t program against.

As far as we can see, the software flaw that MonoX overlooked was triggered if you transferred value from one of your own MonoX cryptocoins…

You’d imagine that your regular bank would prevent you doing such a thing, on the grounds that it would [a] be pointless and [b] probably be a mistake.

If you were absolutely determined to do it anyway, perhaps in a misguided attempt to get a bunch of deposits on the record to make your business look busier that it really was, you could always try doing it as two separate transactions.

For example, you could withdraw $100 in cash from a teller, then join the back of the queue and pay the $100 straight back in, assuming you were willing to accept a modest overall loss from any withdrawl and deposit fees that might apply.

These days, you’d expect your balance to go down by $100 as soon as you did the withdrawal, and you’d certainly expect, in the time it took to return to the teller to pay the $100 back in, that the previous transaction would have gone through already.

Even if that didn’t happen, you’d ultimately expect to see both transactions listed on your statement, in the same order you conducted them: $100-plus-fess out, and $100-less-fees back in.

What you wouldn’t expect, however (not least because your bank wouldn’t still be in business if it let people get away with this), is that if you could get the second transaction processed quickly enough then it would overwrite the first transaction altogther, leaving your account credited with a $100 deposit, but with no record of the immediately preceding withdrawal.

Holed below the waterline

Sadly, it seems that something along the lines described above is what holed MonoX’s ship below the waterline:

The exploit was caused by a smart contract bug that allows the sold and bought token to be the same. In the case of the attack, it was our native MONO token. When a swap was taking place and tokenIn was the same as tokenOut, the transaction was permitted by the contract.

Any price updates from swap from tokenIn and tokenOut were independently verified by the contract. With tokenOut being verified last, this caused a massive price appreciation of MONO. The attacker then used the highly priced MONO to purchase all the other assets in our pool and drained the funds.

The explanation isn’t entirely clear, perhaps because English isn’t the author’s first language, but it does indeed sound as though the “smart contract” code went something like this:

As you can see, the code above doesn’t work if tokenIn and tokenOut refer to the same account, because the last two lines then become equivalent to:

The deduction in the first line is immediately undone by the variable assignment used to effect payment in the second, so you’re up by (amount - fee) cryptocoins.

You’re supposed to end up with an overall outcome of (amount - amount - 2*fee), which simplifies to a debit of (2*fee) – one fee for the withdrawal; the other for the deposit – as you would expect.

According to MonoX, some of the funds acquired in this way have been pushed through a so-called tumbler or transaction mixer, presumably to attempt to disguise their source so they can be spent again without arousing suspicion.

Perhaps encouraged by the recent $600m Poly Networks hack, where the company somehow manged to woo the perpetrator sufficiently well that most of the the funds were returned, MonoX says that it has “[t]ried to make contact with the attackers to open a dialogue through submitting a message via transaction on ETH Mainnet”.

In other words, the MonoX team have used the comment field in an Ethereum transaction as a way of asking for the appropriated funds back.

MonoX also stated that it “will file a formal police report”, though it’s not clear whether that has happened yet.

We’re guessing that it might complicate MonoX’s negotiations with the perpetrators if the matter is now in the hands of the police.

Indeed, the next question is, “Did the attacker actually break any laws?”

In some jurisdictions, knowingly exploiting software bugs to circumvent protection or to achieve results that are clearly at odds with expected behaviour can leave you open to criminal or civil action.

No less a company than Google found that out back in 2012, when it was fined for sneakily circumventing anti-tracking protection in Apple’s Safari browser.

Also, in many if not most countries, you’re expected to report and return any bank deposits that clearly weren’t intended for you, instead of being allowed to profit from the bank’s mistake.

But the whole point of DeFi is its decentralised, freewheeling, libertarian, not-regulated-by-the-man nature.

So, as non-lawyers, we have absolutely no idea what the regulatory situation is likely to be in this case, if indeed we ever find out which jurisdictions and which regulations would apply anyway.

What do you think? Let us know in the comments (you may remain anonymous if you wish)…