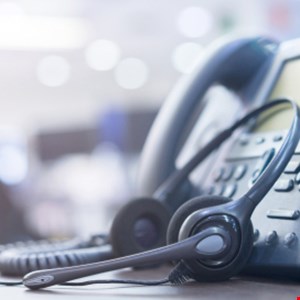 Two brothers from Peru have admitted their role in an international call-center scam that defrauded Spanish-speaking immigrants to the United States.

Under the conspiracy, victims were called up and threatened with legal action or deportation if they didn’t buy certain educational products.

On Monday, the brothers, who are both from Lima, Peru, pleaded guilty to conspiring to commit mail fraud and wire fraud.

Court documents detailed how the Espinoza brothers and their co-conspirators in Peru specifically targeted recent immigrants to the United States from Central America, Mexico, and other Spanish-speaking countries.

From April 2011 until July 2019, the fraudsters contacted victims and deceived them into believing that they were required to buy English-language classes. Victims were told that failure to pay for the products and their delivery costs would cause them to be sued in a fictitious “minor crimes court.”

When making the calls, the Espinoza brothers would variously pretend to be lawyers, court officials, federal agents, and representatives of the fake minor crimes court.

Along with the threat of court proceedings, victims were told that their credit scores would drop and that they could be imprisoned or deported if they didn’t pay their aggressors.

Carlos Espinoza acquired $1.3m from his victims, while Josmell Espinoza caused his victims to lose over $700,000.

All seven defendants indicted in this case have now pleaded guilty. California resident Angel Armando Adrianzen, who worked with call centers in Peru to run the telemarketing scam, was sentenced in May to serve 121 months in prison followed by fifteen years’ supervised release.