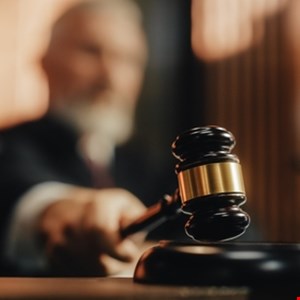 A political activist and former star of the reality TV show 19 Kids and Counting has been convicted of two charges relating to the sexual abuse of children.

On Thursday, after a six-day trial that featured ten witnesses, a jury found Josh Duggar guilty of one count of receiving CSAM and one count of possessing CSAM. It took the jury just under seven hours of deliberation to reach its verdict.

Speaking outside the federal courthouse in Fayetteville, Arkansas, after the verdict was reached, Clay Fowlkes, the acting US attorney for the Western District of Arkansas, said: “First and foremost, this shows that no person is above the law.”

Fowlkes continued: “Regardless of wealth, social status, or fame, our office will continue to seek out all individuals who seek to abuse children and victimize them through the downloading, possession, and sharing of child pornography.”

Duggar’s defense attorney, Justin Gelfand, said that his client intends to launch an appeal against his conviction.

Federal authorities began an investigation into Duggar in 2019 after a Little Rock police detective discovered CSA files were being shared by a computer linked to the former reality tv star. The content was downloaded to a device located at a car dealership owned by Duggar.

Agents from the Department of Homeland Security executed a search warrant at Duggar’s Wholesale Motorcars and seized a computer and two other electronic devices.

The three devices were analyzed by James Fottrell, the director of the Department of Justice’s High Technology Investigative Unit. In court, Fottrell described how a Linux partition, created on Duggar’s workplace computer, circumvented software that monitors internet use for inappropriate activity.

Fottrell found evidence that images and videos of minors being sexually abused could have been accessed and then deleted from Duggar’s work computer.

Duggar was arrested on April 29, 2021, and pleaded not guilty to receiving and possessing CSAM. He was later released from police custody on May 5, 2021, to await trial.