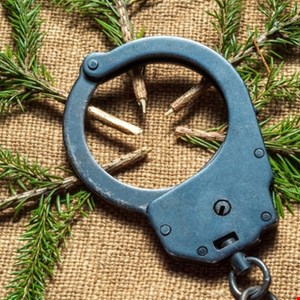 An investigation was launched in June 2021 when two IT accounts belonging to a program coordinator and an instructor at Polk State College were hacked. The employees were locked out of their labs and scheduling accounts, and their password recovery hints had been changed to “Sell Out” or “Ha Ha Ha Loser.”

The administrative rights associated with eight additional Polk State College employee accounts were also impacted in the incident. Polk College said that the data breach did not involve any student information.

Law enforcement linked the cyber-attack to 38-year-old Winter Haven resident Brandon James Diaz. A former paramedic, fireman, and nurse, Diaz had worked as a clinical coordinator for the Polk State College EMS program but was fired in May 2021 for his “inability to complete his job duties.”

Diaz’s employment at the college was terminated after he reportedly failed a drug test and lost his job at Lakeland Regional Health.

In an interview with Polk County detectives, married father of four Diaz admitted hacking into Polk State College’s database with his personal computer.

Speaking at a press conference on Friday, Polk County Sheriff Grady Judd said Diaz targeted the instructor and the program coordinator because he held them responsible for his termination by the college.

While executing a search warrant of Diaz’s personal computer, detectives discovered 75 images of children and infants being sexually abused.

Judd described the images as “very graphic,” examples of child sexual abuse material that Diaz had obtained by “going to the deep web, to the dark web.”

Diaz was charged on Thursday with 10 counts of accessing a computer without authorization, the use of a two-way device to commit a felony, and 75 counts of enhanced possession of CSAM.

He added: “What I have to say to Brandon is, ‘Ho, ho, ho, merry Christmas. You got a jail cell for Christmas from us.”