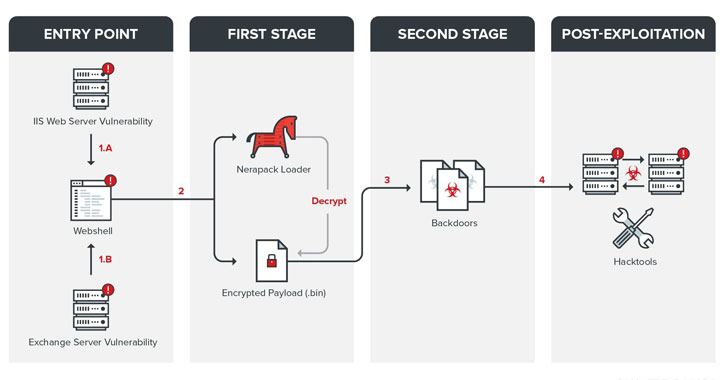 Transportation industry and government agencies related to the sector are the victims of an ongoing campaign since July 2020 by a sophisticated and well-equipped cyberespionage group in what appears to be yet another uptick in malicious activities that are “just the tip of the iceberg.”

“The group tried to access some internal documents (such as flight schedules and documents for financial plans) and personal information on the compromised hosts (such as search histories),” Trend Micro researchers Nick Dai, Ted Lee, and Vickie Su said in a report published last week.

Earth Centaur, also known by the monikers Pirate Panda and Tropic Trooper, is a long-running threat group focused on information theft and espionage that has led targeted campaigns against government, healthcare, transportation, and high-tech industries in Taiwan, the Philippines, and Hong Kong dating all the way back to 2011.

The hostile agents, believed to be a Chinese-speaking actor, are known for their use of spear-phishing emails with weaponized attachments to exploit known vulnerabilities, while simultaneously advancing their malicious tools with obfuscation, stealthiness, and striking power.

“This threat group is proficient at red teamwork,” the researchers elaborated. “The group knows how to bypass security settings and keep its operation unobstructive. The usage of the open-source frameworks also allows the group to develop new backdoor variants efficiently.”

In May 2020, the operators were observed fine-tuning their attack strategies with new behaviors by deploying a USB trojan dubbed USBFerry to strike physically isolated networks belonging to government institutions and military entities in Taiwan and the Philippines in a bid to siphon sensitive data through removable flash drives.

The latest multi-stage intrusion sequence detailed by Trend Micro involves the group turning to exploit vulnerable Internet Information Services (IIS) servers and Exchange server flaws as entry points to install a web shell that’s then leveraged to deliver a .NET-based Nerapack loader and a first-stage backdoor known as Quasar on the compromised system.

From there, the attackers follow it up by dropping an arsenal of second-stage implants like ChiserClient, SmileSvr, ChiserClient, HTShell, and bespoke versions of Lilith RAT and Gh0st RAT depending on the victim to retrieve further instructions from a remote server, download additional payloads, perform file operations, execute arbitrary commands, and exfiltrate results back to the server.

It doesn’t end there. After successful exploitation of the system, Tropic Trooper also attempts to breach the intranet, dump credentials, and wipe out event logs from the infected machines using a specific set of tools. Also put to use is a command-line program called Rclone that enables the actor to copy harvested data to different cloud storage providers.

“Currently, we have not discovered substantial damage to these victims as caused by the threat group,” Trend Micro’s analysts explained. “However, we believe that it will continue collecting internal information from the compromised victims and that it is simply waiting for an opportunity to use this data.”

The findings are noteworthy because of the steps the advanced persistent threat (APT) takes to avoid detection and the critical nature of the targeted entities, not to mention the new capabilities developed for their malicious software to linger on infected hosts and avoid detection.

“The group can map their target’s network infrastructure and bypass firewalls,” the researchers said. “It uses backdoors with different protocols, which are deployed depending on the victim. It also has the capability to develop customized tools to evade security monitoring in different environments, and it exploits vulnerable websites and uses them as [command-and-control] servers.”