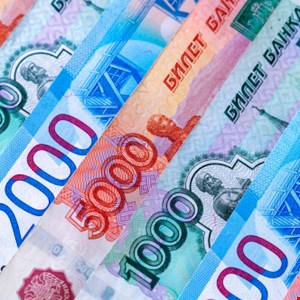 Although the financial penalty is the largest fine of its kind ever to be issued by a Russian court, it reportedly represents a mere 6.7% of the money Google made in Russia last year.

The court set the fine at $100m after being informed by Russia’s internet regulator, Roskomnadzor, that Google’s annual revenue in Russia in 2020 exceeded 85 billion rubles (approximately $1.5bn). This is the first time Russian authorities have calculated such a fine based on a tech company’s turnover.

Friday’s court order is not the first time Russia has financially penalized Google over the content. In 2018, the tech company was fined 500,000 rubles (around $6,800), chiefly for failing to remove the content in which opposition leader Alexei Navalny called for demonstrations to be made against Russia’s president, Vladimir Putin.

The same offense landed Google with fines of 700,000 rubles and 1.5 million rubles in 2019 and 2020, respectively. This time last year, a Russian court found Google guilty of repeatedly failing to delete search results “containing information prohibited in Russia” and fined the company three million rubles (around $41,000).

Russian journalist Alexander Plushev speculated on social media that Friday’s markedly more significant fine “may indicate that the political decision to expel Western services from Russia has been made.”

Speaking during a news conference on Thursday, Putin did not rule out blocking a social network or internet company from operating in Russian cyber-space if they disregarded the country’s laws.

Google has been given ten days to appeal against the penalty. The company’s press service said it would decide whether to appeal after studying the court documents.

The fine follows legislation signed into law by Putin in July that requires large social media companies that operate in Russia to open an office in the country by January 1 2022 and maintain a physical presence there. Failure to comply with the law could result in restrictions or total bans.