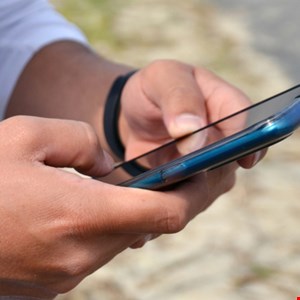 Police in India have launched an investigation into an app featuring images of Muslim women described as being “for sale as maids.”

Open-source online auction application Bulli Bai was hosted by GitHub but has now been removed from the online platform. Indian minister for information and technology Ashwini Vaishnawm said on Saturday that GitHub also blocked the user who uploaded the app.

Law enforcement officers received complaints about Bulli Bai in two Indian states. The BBC reports that photos of more than 100 women were shared without their permission through the app.

Journalist Ismat Ara was one of the women whose photo and name were used on the Bulli Bai app by unidentified cyber-harassers. She has filed a police complaint alleging multiple charges, including sexual harassment and promoting enmity on the grounds of religion.

Reports of Bulli Bai come six months after an app and website named Sulli Deals took photos of 80 Muslim women that had been uploaded to the internet and used them to create fake profiles. The women in the profiles were then described as “deals of the day” that could be purchased.

Asra stated that Indian police have made no arrests in connection with the Sulli Deals app sent a message to perpetrators of cyber-harassment that their crimes would go unpunished.

“It is indeed disappointing to see the impunity with which such hate-mongers continue to target Muslim women, without fear of any sanction whatsoever,” she said.

While the apps have not been linked to any real-life trafficking of Muslim women in India, the intention behind their creation appears to be the degradation and humiliation of a group of people based on their gender and faith.

Journalist Arfa Khanum Sherwani, who the Bulli Bai app creators also targeted, stated on social media: “Communal targeting and humiliation is part of the experience of being a Muslim Woman Journalist in India.”

She added: “The auction may be fake, but the persecution is real.”