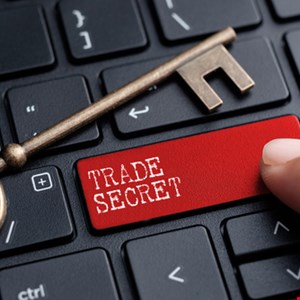 A man who worked at the Monsanto Company has admitted stealing a trade secret from his former employer and attempting to sell it to the People’s Republic of China.

Xiang Haitao was employed by the American agrochemical and agricultural biotechnology corporation and its subsidiary, The Climate Corporation, as an imaging scientist from 2008 to 2017.

The 44-year-old former resident of Chesterfield, Missouri, exploited his position to steal a proprietary predictive algorithm dubbed the Nutrient Optimizer.

The algorithm was a key component of a digital online farming software platform developed by Monsanto and The Climate Corporation to increase and improve agricultural productivity for farmers by helping them to collect, store, and visualize agricultural field data.

According to court documents, Xiang transferred the Nutrient Optimizer onto a memory card and copied it onto at least one of his own personal electronic devices.

The day after Xiang left his employment at Monsanto in June 2017, he tried to fly to China using a one-way airline ticket. Before he boarded the plane, federal officials searched the scientist’s luggage.

Xiang flew to China and found employment at the Chinese Academy of Science’s Institute of Soil Science. Investigators later found copies of the Nutrient Optimizer on one of Xiang’s electronic devices that was searched at the airport.

Monsanto was acquired by German chemical company Bayer in 2018 for $66bn.

Xiang was indicted in November 2019, and arrested when he returned to the United States. On Thursday, he pleaded guilty in Missouri to one count of conspiracy to commit economic espionage.

When Xiang is sentenced on April 7, he faces a maximum penalty of 15 years in prison, a potential fine of $5m, and a term of supervised release lasting up to three years.

“The American worker suffers when adversaries, like the Government of China, steal technology to grow their economies,” said Assistant Director Alan Kohler of the FBI’s Counterintelligence Division.

“It’s not just military technology developed in secret labs that adversaries want; in this case, it was agricultural technology used by American farmers to improve crop yields.”

Kohler said that the FBI will continue investigating the theft of technology from American companies “because economic security is national security.”