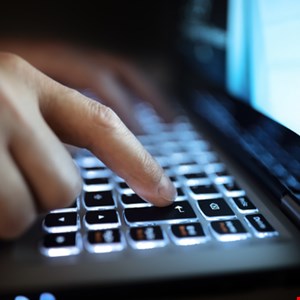 A police forensics expert has been sent to prison in the UK for downloading thousands of grim images from police computer systems onto his own computer.

The Crown Prosecution Service (CPS) said Collins “used his digital expertise to create his own pathways to access a database which he had no authority to do, described as a ‘back door’ technique that avoided the proper and legitimate access procedures.”

Collins copied the images onto USB sticks, took the storage devices home, then transferred their contents onto his own personal electronic device.

Collins had worked for the Staffordshire Police in the West Midlands of England for over 18 years before being arrested in March 2019 and immediately suspended.

At first, Collins claimed he had taken the images home to grow his knowledge of forensic science and progress his career. However, the expert pleaded guilty in November to misconduct in public office and was sentenced at Birmingham Crown Court on Friday to three years in prison.

Collins’ name was added to the police barred list, blocking him from ever again working for the police or another law enforcement agency.

Speaking on Friday, Paul Reid, district crown prosecutor for the CPS West Midlands, said: “I hope that today’s sentence will act as a deterrent to other public servants who may be tempted to abuse the trust that has been placed in them.”

The CPS said that no evidence had been found to suggest that Collins had distributed any of the images that he illegally obtained.

Deputy Chief Constable Emma Barnett, of West Midlands Police, apologized to the families of the victims depicted in the images copied by Collins.

“I’m very sorry for the additional distress that Collins’ actions caused to the families of the victims involved,” said Barnett.

“We expect the highest levels of honesty and integrity from all of our officers and staff, and anyone who falls below these standards will be held to account.”

Key takeaways from ESET’s new APT Activity Report – Week in security with Tony Anscombe
Is that survey real or fake? How to spot a survey scam
OpenSSH fixes double-free memory bug that’s pokable over the network
SaaS in the Real World: Who’s Responsible to Secure this Data?
Stalkerware Developer Hit with $400K Fine