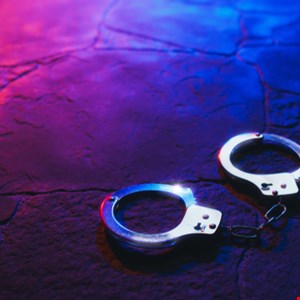 The assistant principal of a high school in Florida has been charged with aggravated cyber-stalking.

The defendant’s arrest report alleges that Wilcox was involved in a scheme that aimed to cause “adverse economic impact” to her ex and his current romantic partner.

News source News4JAX obtained a petition for injunction for protection against stalking in which Wilcox’s former partner alleges that he and his girlfriend were approached by Wilcox while attending the Jacksonville Jaguars’ NFL home game against Denver on September 19.

In the petition, Wilcox is accused of punching her former boyfriend twice and then following him out of the game while telling him that she “would cost him his job.”

Wilcox’s ex reportedly claimed that Wilcox then contacted the employers of both himself and his current girlfriend and lodged false allegations against them.

In a separate petition filed by Wilcox, the assistant principal alleges that she was assaulted by the “other girlfriend” of a man she had been dating since November 2020. Wilcox further alleges that the man had started false rumors about Wilcox and had attempted to harm her physically.

Wilcox, who was formerly principal at Highlands Middle School, was serving as assistant principal at Jean Ribault High School at the time of her arrest. Police set the educator’s bond at $22,000.

Police charged Wilcox with criminal use of personal identification, criminal use of public records information, official misconduct, aggravated stalking with a credible threat to life or injury, and battery.

Duval County Public Schools said in a statement: “While we commend the work of our police department, it is disappointing when allegations of this nature arise and lead to arrest.

“Duval County Public Schools has high expectations for employee conduct, and we will take appropriate action pending the outcome of the case.”

Following her arrest, Wilcox has been assigned to what the district described as “non-school duties.”

Duval Country Public School said it is monitoring the judicial process and that it has plans to conduct a concurrent professional standards review.