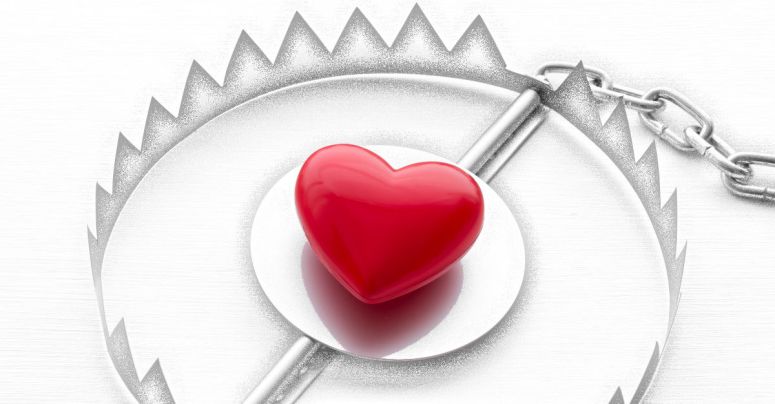 London resident Osagie Aigbonohan, 41, pleaded guilty to charges of fraud and money laundering, including scamming £9500 out of one victim in the course of a fake 10-month online relationship.

According to the UK National Crime Agency (NCA), Aigbonohan spun a hard-luck story about how he’d run short of money after paying for the funerals of a group of people who died in tragic industrial accident.

…but it was all a pack of lies.

As Dominic Mugan, a manager at the NCA, explains:

Aigbonohan had no regard for these women. He went to great lengths to gain their trust, fabricating stories to exploit them out of thousands.

This is a typical pattern of romance fraudsters: they work to build rapport before making such requests. Romance fraud is a crime that affects victims emotionally and financially, and in some cases impacts their families.

We want to encourage all those who think they’ve been a victim of romance fraud to not feel embarrassed or ashamed but rather report it.

Remember that romance scammers work with empathy and emotion as their tools-in-trade – they generally don’t rely on malware, spyware or booby-trapped email attachments to access their victims’ bank accounts.

In other words, traditional technological tools for protecting against cybercrime, such as anti-virus blockers, web filters and email scanners, don’t help much.

Romance scammers, just like fraudsters who talk you into investing in bogus cryptocurrency schemes, trick their victims person-to-person by building up a facade based on trust, behind which the criminals persuade their victims to send money of their own accord.

Tech support scammers also use this approach, by phoning you up – or persuading you to call them – and telling you a pile of unreconstructed lies about “security problems” on your computer, hoping to convince you to pay for their “support” in “fixing” a computer problem that doesn’t exist. Unlike romance scammers, tech support scammers usually use fear and not love, frightening you with what they claim are the consequences of not getting the “problem” sorted out. Their primary goal is to persuade you to pay on purpose for a “service” that is not required, and indeed does nothing at all to improve your cybersecurity. As with romance scams, this leaves victims with outgoing payments they made themselves, and are therefore unlikely to report to the authorities or challenge as fraudulent.

The risk of alienation

As the NCA warns, romance scammers leave their victims out of pocket and emotionally shattered: knowing you’ve deeply trusted a person who never once meant anything they said about you is a bitter pill for anyone to swallow.

But there’s another aspect to the aftermath of this sort of crime that is often overlooked, namely that romance scam victims sometimes end up alienated from friends and family, even after the scam is exposed and the financial losses stop.

That’s because scammers who spot the signs that family members are trying to intervene will often go out of their way turn the victim against their own friends and family in order to prolong the scam.

Original video here: https://www.youtube.com/watch?v=_nO77xWeO4o
Click the cog icon to speed up playback or show live subtitles.
Read a TRANSCRIPT of the video.