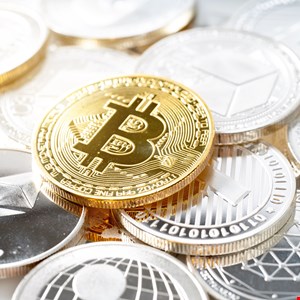 The UK government has announced plans to crack down on the advertising of cryptocurrency products to prevent consumers from being misled into purchases.

The Treasury claimed that around 2.3 million people in the country now own some form of “cryptoasset,” but that understanding of these financial products is declining. That could lead to them being mis-sold to investors, it warned.

As a result, the government will be legislating to ensure the promotion of cryptoassets are subject to the same Financial Conduct Authority (FCA) rules as other financial promotions such as stocks, shares and insurance products.

Specifically, it will do this by amending the existing Financial Promotion Order.

“Under the Financial Services and Markets Act 2000, a business cannot promote a financial product unless they are authorized by the FCA or the Prudential Regulatory Authority, or the content of the promotion is approved by a firm which is,” the Treasury explained.

“Firms that wish to promote such investments and activities must comply with binding rules that financial promotions must be fair, clear, and not misleading.”

According to 2021 research by financial regulator the FCA, over 4% of the population now owns cryptocurrency assets, at a median value of £300.

However, while consumers are less likely to cite such investments as a “gamble,” those who are persuaded by adverts “are much more likely to regret their purchase.”

Mis-selling is not the same as outright fraud, as the products being sold are genuine, unlike those offered by many cryptocurrency investment scammers.

However, the practice is another example of the difficulties facing would-be investors in what is still something of a Wild West for consumers.

Investment fraud is one of the highest-grossing cybercrimes, according to the FBI. It revealed that over $336m was lost to scammers in 2020, more than any other crime category except for romance scams and the compromise of business email.

“We are ensuring consumers are protected, while also supporting innovation of the cryptoasset market.”