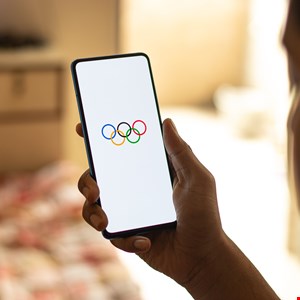 Cybersecurity researchers in Canada have found a “devastating flaw” in the MY2022 app, designed for use by attendees of this year’s Winter Olympic Games in Beijing.

The vulnerability was discovered by the Citizen Lab – an academic research laboratory based at the Munk School of Global Affairs at the University of Toronto.

In findings published Tuesday, researchers said that the flaw allows encryption that protects users’ voice audio and file transfers to be “trivially sidestepped.”

The Citizen Lab reported its findings to the app’s vendor but did not respond.

“While the vendor did not respond to our security disclosure, we find that the app’s security deficits may not only violate Google’s Unwanted Software Policy and Apple’s App Store guidelines but also China’s own laws and national standards pertaining to privacy protection, providing potential avenues for future redress,” stated researchers.

The German Olympic Sports Confederation (DOSB) said that downloading the app has been mandated for travelers seeking entry to the People’s Republic of China to attend the 2022 Winter Olympic Games.

“Without My 2022 there is no immigration into China according to the Beijing playbooks,” said the DSOB.

The confederation shared some cybersecurity advice it had received from the German Federal Institute of Information Security (BSI) regarding the MY2022 app.

“Our athletes are being equipped with a smartphone from IOC partner Samsung in Beijing. BSI recommends using MY2022 on these devices in China and deinstalling it at home,” it said.

The International Olympic Committee (IOC) stated that MY2022 users could configure the app to disable access to features including files, media, calendar, camera, contacts, microphone and location data.

Many countries have planned a diplomatic boycott of the Beijing Olympics over China’s record of human rights violations, including the systemic abuse of the Uyghur and other minority ethnic communities.