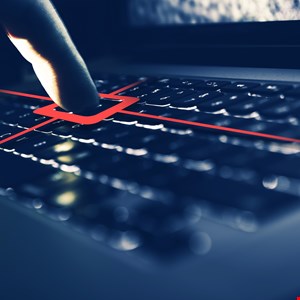 A man from Connecticut has been arrested on suspicion of using digital devices to record his neighbors.

Waterford resident Keith Hancock allegedly recorded 10 victims from outside their homes, two of whom were juveniles. Six of the individuals were filmed while undressing.

Hancock is also suspected of recording more victims while inside his home on Overlook Drive.

Cops arrested 53-year-old Hancock on Tuesday and charged him with eight counts of voyeurism and three counts of criminal trespass in the third degree.

According to an arrest affidavit for Hancock, the alleged voyeur admitted filming individuals in two residences without their knowledge or consent.

The investigation that led to Hancock’s arrest began on October 07 2021 when the Waterford Police Department responded to a report of an intruder entering a male resident’s backyard.

According to news source The Day, the resident became aware of the intruder’s presence when he let his dog out into the yard and the animal started to bark. When the resident shone a flashlight into the yard, he was able to see an intruder running away.

The resident searched his backyard and found a pair of binoculars and a black Canon camcorder stashed behind a tree. A portable chair and two posts were discovered on the other side of the wall that separated the resident’s property from his neighbor’s.

Stored on the SD card inside the recovered camcorder was video footage of another home, focusing on an upstairs window.

Police traced the camcorder to Hancock and obtained a search warrant for his residence. Stored on a laptop seized in the search was video footage of a woman undressing. Another video showed a woman naked from the waist down and urinating into a toilet.

The bathroom in the video matched a bathroom shown in an online real estate listing of Hancock’s house. When officers searched Hancock’s bathroom, they found a hole in the base of a cabinet set opposite the toilet through which they believe the defendant filmed his victims.

Is that survey real or fake? How to spot a survey scam
Less is more: Conquer your digital clutter before it conquers you
Atlassian Patches Critical Authentication Flaw in Jira Software
New Wave of Ransomware Attacks Exploiting VMware Bug to Target ESXi Servers
Stalkerware Developer Hit with $400K Fine