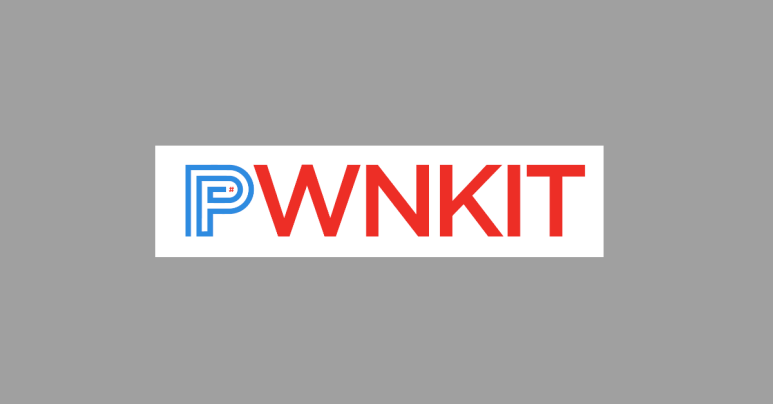 Researchers at Qualys have revealed a now-patched security hole in a very widely used Linux security toolkit that’s included in almost every Linux distro out there.

The bug is officially known as CVE-2021-4034, but Qualys has given it a funky name, a logo and a web page of its own, dubbing it PwnKit.

The buggy code forms part of the Linux Polkit system, a popular way of allowing regular apps, which don’t run with any special privileges, to interact safely with other software or system services that need or have administrative superpowers.

For example, if you have a file manager that lets you take care of removable USB disks, the file manager will often need to negotiate with the operating system to ensure that you’re properly authorised to access those devices.

If you decide you want to wipe and reformat the disk, you might need root-level access to do so, and the Polkit system will help the file manager to negotiate those access rights temporarily, typically popping up a password dialog to verify your credentials.

Polkit as an alternative sudo

What you might not know about Polkit is that, although it’s geared towards adding secure on-demand authentication for graphical apps, it comes with a handy command-line tool called pkexec, short for Polkit Execute.

Simply put, pkexec is a bit like the well-known sudo utility, where sudo is short for Set UID and Do a Command, inasmuch as it allows you to switch temporarily to a different user ID, typically root, or UID 0, the all-powerful superuser account.

In fact, you use pkexec in much the same way as you do sudo, adding pkexec to the start of a command line that you don’t have the right to run in order to get pkexec to launch it for you, assuming that Polkit thinks you’re authorised to do so:

As well as checking its access control rules (alluded to in the file listing above), pkexec also performs a range of other “security hardening” operations before it runs your chosen command with added privileges.

For example, consider this program, which prints out a list of its own command line arguments and environment variables:

If you compile this progam and run it, you’ll see something like this, with a laundry list of environment variables that reflect your own preferences and settings:

Let’s run the command again as root, by using pkexec:

This time, you will notice that:

Except that Qualys discovered that if you deliberately launch the pkexec program in such a way that the value of its own argv[0] parameter (by convention, set to the name of the program itself) is blanked out and set to NULL…

…then in the process of converting the command name you want to run (./envp above) into a full pathname (/home/duck/Articles/pwnkit/./envp), the pkexec startup code will perform a buffer overflow.

For security reasons, pkexec ought to detect that it was unusually launched with no command line arguments at all, not even its own name, and refuse to run.

Instead, pkexec blindly looks at what it thinks is argv[1] (usually, this would be the name of the command you are asking it to run as root), and tries to find that program on your path.

But if argv[0] was already NULL, then there are no command line arguments, and what pkexec thinks is argv[1] is actually envp[0], the first environment variable, because the argv[] and envp[] arrays are directly adjacent in memory.

…and write that “more secure” version of the “filename” back into what it thinks is argv[1], ready to run the chosen program via its full pathname, rather than a relative one.

Unfortunately, the modifed string written into argv[1] actually ends up in envp[0], which means that a rogue user could, in theory, exploit this argv-to-envp buffer misaligment to reintroduce dangerous environment variables that the operating system itself had already taken the trouble to expunge from memory.

To cut a long story short, Qualys researchers discovered a way to use a dangerously “reintroduced” environment variable of this sort to trick pkexec into running a program of their choice before the program got as far as verifying whether their account was entitled to use pkexec at all.

Because pkexec is a “setuid-root” program (this means that when you launch it, it magically runs as root rather than under your own account), any subprogram you can coerce it into launching will inherit superuser privileges.

This means that any user who already has access to your system, even if they’re logged in under an account with almost no power at all, could, in theory, use pkexec to promote themselves instantly to user ID 0: the root, or superuser, account.

The researchers wisely didn’t provide working proof-of-concept code, although as they wryly point out:

We will not publish our exploit immediately; however, please note that this vulnerability is trivially exploitable, and other researchers might publish their exploits shortly after the patches are available.

FIND AND FIX PKEXEC – HOW TO USE THE WORKAROUND

Finding pkexec on your path:

Checking the version you have. Below 0.120 and you are probably vulnerable, at least on Linux:

Checking the file mode bits. Note that the letter s in the first column stands for setuid, and means that when the file runs, it will automatically execute under the account name listed in column three as the owner of the file; in this case, that means root. In terminals with colour support, you may see the filename emphasised with a bright red background:

Changing the setuid bit. Note how, after demoting the file by “subtracting” the letter s from the mode bits, the first column no longer contains an S-for-setuid marker. On a colour terminal, the dramatic red background will disappear too: