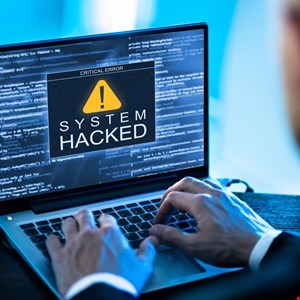 New research from managed detection and response (MDR) provider Expel found that most ransomware attacks in 2021 were self-installed.

The finding was included in the company’s inaugural annual report on cybersecurity trends and predictions, Great eXpeltations, published on Thursday.

Researchers found eight out of ten ransomware infections occurred after victims unwittingly opened a zipped file containing malicious code. Abuse of third-party access accounted for 3% of all ransomware incidents, and 4% were caused by exploiting a software vulnerability on the perimeter.

The report was based on the analysis of data aggregated from Expel’s security operations center (SOC) concerning incidents spanning January 1 2021 to December 31 2021.

Other key findings were that 50% of incidents were BEC (business email compromise) attempts, with SaaS apps a top target.

More than 90% of those attacks were geared towards Microsoft O365, while assaults against Google Workspace accounted for fewer than 1% of incidents. The remaining 9% targeted Okta.

Ransomware attacks accounted for 13% of all opportunistic attacks. The five most targeted industries in descending order were legal services, communications, financial services, real estate and entertainment.

In addition, 35% of web app compromises Expel responded to resulted in the deployment of a crypto miner.

Users were also advised not to expose RDP (remote desktop protocol) directly to the internet.

“We founded Expel with a goal of bringing more transparency to security,” said Dave Merkel, CEO of Expel, on Thursday.

“Today we reach a new milestone tied to that commitment – we’re sharing the most important threats and trends our SOC identified last year and their advice on what to do about them.”