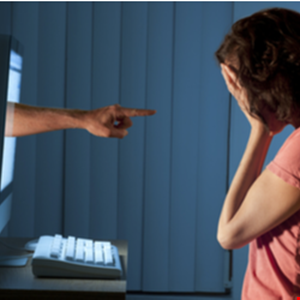 The UK government has unveiled plans to strengthen its Online Safety Bill, which includes the creation of new criminal offenses.

The legislation, first drafted in May 2021, will place new obligations on social media sites and other services hosting user-generated content or allowing people to talk to others online to remove and limit the spread of illegal and harmful content. This includes child sexual abuse, terrorist material and suicide content.

The UK’s communications regulator, Ofcom, will be responsible for holding these firms to account, with the power to fine those failing to meet their duty of care up to £18m or 10% of annual global turnover, whichever is higher.

Digital Secretary Nadine Dorries has now announced that three new offenses relating to abusive and offensive online communications will be included in the bill. This followed a review by the Law Commission, which concluded that current laws in this area have not kept pace with the rise of smartphones and social media. The new offenses are:

These offenses will carry different maximum sentences, including up to five years in prison for threatening communications.

Professor Penney Lewis, Commissioner for Criminal Law, explained: “The criminal law should target those who specifically intend to cause harm while allowing people to share contested and controversial ideas in good faith. Our recommendations create a more nuanced set of criminal offenses, which better protect victims of genuinely harmful communications as well as better protecting freedom of expression.

“I am delighted that the government has accepted these recommended offenses.”

Dorries commented: “This government said it would legislate to make the UK the safest place in the world to be online while enshrining free speech, and that’s exactly what we are going to do. Our world-leading bill will protect children from online abuse and harms, protecting the most vulnerable from accessing harmful content and ensuring there is no safe space for terrorists to hide online.

“We are listening to MPs, charities and campaigners who have wanted us to strengthen the legislation, and today’s changes mean we will be able to bring the full weight of the law against those who use the internet as a weapon to ruin people’s lives and do so quicker and more effectively.”