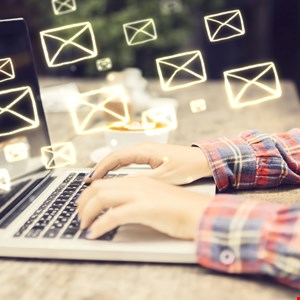 Nearly half of emails destined for inboxes in 2021 were classed as spam, with Russia the biggest culprit, according to Kaspersky.

The vendor said it blocked over 148 million malicious email attachments in 2021, with credential-stealing Trojans from the Agensla family the most common type, accounting for 9% of the total.

Kaspersky’s anti-phishing technology blocked over 253 million phishing attempts during the year, and the firm claimed that 8% of global users faced at least one such attack.

Brazilian (12%), French (12%) and Portuguese (11%) users were the most frequently targeted by attackers.

WhatsApp accounted for the vast majority (90%) of phishing messages detected in 2021, followed by Telegram and Viber (both 5%). Kaspersky claimed to have blocked a total of 342,000 such attempts.

Corporate users were most frequently exposed to credential-stealing phishing attacks, with emails usually disguised as business correspondence or notifications about work documents that required the recipient’s attention.

Also used as lures were fake notifications about meetings in Microsoft Teams or messages about important documents sent via SharePoint for salary payment approval, Kaspersky revealed.

However, COVID-19 remained a persistent theme for phishers during the year.

“In particular, we detected notifications about compensation allocated by the government to employees of certain companies. All they needed to do in order to avail of this promised support was to ‘confirm’ their email address by logging in to their account on the scam website,” Kaspersky explained.

“Another malicious mailshot utilized emails with an attached HTML file called ‘Covid Test Result.’ Recipients who tried to open the file were taken to a scam website where they were prompted to enter the username and password for their Microsoft account.”

The trend is likely to continue into 2022 as long as the pandemic remains a critical issue for businesses and employees.

“Given remote and hybrid working arrangements are here to stay, the demand for corporate accounts on various platforms is unlikely to wane. The topic of COVID-19 vaccination status will also remain relevant,” the report concluded.

“Due to the intensity of the measures being imposed in different countries to stop the spread of the virus, we’ll more than likely see a surge in the number of forged documents up for sale on the dark web, offering unrestricted access to public places and allowing holders to enjoy all the freedoms of civilization.”